I’ve really got to take exception to your comment which accompanied this article. My soon-to-be-ex-husband took advantage of the fact that I was earning more than him to ‘sponge’ off me.

When the downturn hit (I’ve only worked for 9 months in the last 26) and suddenly I wasn’t so free with the cash, not only didn’t he offer to support me at all (he’s a contractor too – and has worked the entire time) but decided to divorce me for unreasonable behaviour – as he was sick of me not paying for everything as I used to (even though I was paying for our investment property).

I left the house as I didn’t want to be under the same roof as him as I really didn’t want to meet his new girlfriend (also in IT as I understand it) coming out of the bathroom one morning. That little relationship started during my last contract when I was working 12 – 14 hrs a day and having to travel 2hrs each way – meant that there wasn’t a lot of time at home in the evening..

So, now I’m in the investment property, I’ve used up a lot of the cash I managed to save during the last contract and within 3 months I will be either bankrupt and/or homeless as I can’t afford to keep paying for the property. He won’t give me any money – nor will he agree to give me a share of the house. He’s dragging his feet over the divorce and financial settlement and all up I can honestly say that, I’ve never been in a worse financial situation before.

I’ve spoken to other women about this and a lot of them say the same thing; that because they usually earn so much more than their partners, they are expected to keep their partners in that lap of luxury that they want to become used to. The greatest joy for the women I know is if they find a man who is financially independent – they’re all sick of having the men in their lives live off them.

I don’t think you can say this is gender specific. It’s people specific. There are people of both genders in this world who are parasites. It’s just that here the old gender stereotypes die hard, and IT is full of gender stereotypes… I remember a contract a few years ago, where the project manager was horrified to find out that I was married yet was not wearing a wedding ring nor had I changed my name.

Or the time when I was working for one of the larger financial institutions and made time for a project manager who had no idea of what his project actually entailed, tasks or timeframes and was pumping me for information – and then he had the nerve to say that women shouldn’t be working!…

Women are expected to stay at home and do the wifey thing. I’m still to meet a man that considered staying home after the children were born, and as someone has to do it. I got very sick of having to work incredibly long hours in my contracts and then having to come home to ‘manage’ the house as my husband didn’t consider that to be necessary for him to do.

So, all I can say to all of those men who are whining about their women is ‘look to your own behaviour’ You can’t have a partner who has to work to be financially independent and then looks after the house, the kids, remembers birthdays, buys your clothes, washes, irons, cooks, is always ready to have sex with you because she only has to look at you and she’s hot etc etc as there are just not enough hours in the day for the poor soul to do everything she’s lumbered with.

Co-operation is the key.

Perhaps I did jump the gun in the last article, when I suggested that it was usually women who did this to men. There are obviously complete xxxxx amongst both sexes.

I have been surprised how many people are in really dire predicaments because of the IT downturn. It must have really annoyed them when the Government were rattling on about the IT skills shortage.

I don‘t really know what advice to give when someone is so close to bankruptcy or losing their house, and their supposed lifelong partner has jumped ship too. I‘ll have a scout around to see if I can come up with an article that might be useful to those who are in such dire straits.

If there‘s anything worse than being poor, it‘s when you‘re poor and used to be a lot better off, but have huge debts because of the commitments that you had before. 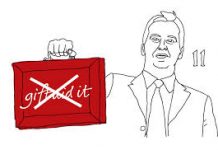 Angry Contractor Tells Why He Is So Angry – Unemployed IT story