There will be no one working in IT in 10 years.

Sorry to scare you all but this was what they predicted when I just started in IT.

This was the news we were all presented with just after the start of our IT careers – and we thought it was going to be true.

It would replace them.

I remember The Last One as they called it.

That terrified everyone who worked in IT.

I was at the beginning of my career in IT only to hear that they were working on a mammoth piece of software called The Last One.

The pundits said that there would be no need for programmers when they finished The Last One as it would progamme itself.

We were told that programmers would be defunct in 10 years time.

Needless to say there are far more IT programmers now than there were then – now called Developers.

It was pretty scary at the time though and we kept reading the IT press for a long time which had updates on how The Last One was progressing.

Everyone realised that they were living on borrowed time and we would all have to embark on new careers in some other profession.

Last One Too Complicated

It never saw the light of day.

Many years later I read that work stopped on it as it was far too complicated.

All it was actually doing was providing endless work for programmers – not replacing them.
The prediction that there would be no one working in IT in 10 years did not come to pass.

We‘ve had many other scares in IT that were supposed to polish us off like IR35, Fast Track Visas, Offshore Outsourcing, Y2K and AWR.

I think we just like to give ourselves a good scare every so often.

Does anyone remember The Last One? 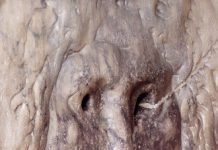