Questions You Should Ask

What is the contract location?

It is crucial that you nail down the location of the contract at the interview.

Many contractors just assume that the contract will be at the building where they are being interviewed.

That is sometimes not the case.

Extra Expenses You Can Claim

Contractors who haven‘t asked that question have found that they are located for part, or the majority of the time, at some other location.

It may be that they work at the location where the interview too place but they have to implement the system at a client of their client‘s site which is far away and maybe not even in the country.

Their client may, or may not recompense them for any extra expenses.

Implement the System at Different Location

It has happened to me before that I had to make frequent trips to Antwerp in Belgium to meet the users and to implement the system.

It was a nice enough little trip and the company did pay my expenses (and I used to bring home lots of Belgian chocolates). However, the didn’t mention it at the interview.

This has happened a number of times to me.

Another time I got a contract location just behind Ludgate Hill in the City of London but after a few weeks I had to go and work at their client‘s site in Mayfair.

It sold lights and lampshades and I was actually working in the back shop.

They were all very posh and I think they thought of me as that strange computer guy.

Sometimes they would come in the back shop and watch me work over my shoulder.

It wasn‘t a bad place, and it was nice to get out of the office – but again nothing had been mentioned at the interview.

It happened often enough that the location where I assumed that I would be working turned out either not to be the location after a short time or I had to split my time between two locations that you would think that I would ask this question at interview.

However, I never did till late in my contracting career.

You may be happy enough with any arrangement but at least you should know what this is before accepting a contract.

Also, if you ask the question at the interview and then you get sent somewhere else later on in the contract you can use that as an excuse to pack it in if you have the chance of a better contract elsewhere. 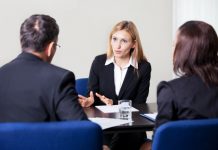 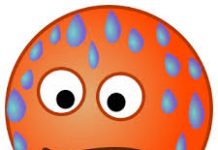