There is a legacy systems rebuild looming, coming out of the problems the banks are facing with ATMs.

Every time a downturn comes it leaves some older IT Contractors with older skills beached on the sands when the tide goes out.

When the tide comes back in it is often too late for them. This is because companies will build their new systems using the newer skills. They will use a new breed of ex-permie IT Contractors to do so.

It is one of the things about contracting that you don‘t get much in the way of training. That’s especially job experience with new skills.

You seldom ever get a contract based on what you have done on a course.

You need experience too.

When a new uptick in the economy comes along it leaves many contractors behind.

However, with the banks’ ATMs fiasco a new opportunity may well arise for those with the old skills and an opportunity to learn new skills.

Many of those old legacy systems are decades old and they wrote them originally in languages like Cobol, PL/I and RPG.

They use database like DL/I and DB2 with VSAM transaction files.

How many of the contractor, nowadays, have those skills?

They will need people to go in and find out what those programmes are doing. They will have to reverse engineer them so that they can rebuild them using the more modern languages and tools.

In some case they will completely redesign the systems after the reverse engineering.

However, some of it will be straight conversion work.

Companies would prefer to have someone who knows both the old languages and the new languages. So it should be good news for older contractors who have managed to migrate from the old skills to the new ones and who have knowledge of both.

Once those programmers are all used up, the companies are more likely to go for the programmers who have the older, rarer skills, like Cobol etc. and maybe give them a course in the new skills.

There may even be an opportunity for contractors who have been out of work for years, or who have been forced to do something else, to get back on the marketplace. They can pick up those new skills, the lack of which forced them out in the first place.

Cobol is now ranked a lowly 412th by ITJobsWatch for the most wanted skills in the marketplace.

Many years ago it would have been number 1.

However it has risen 20 places in the last year when it should have been going down further.

It will be interesting to monitor this over the next couple of years.

Of course the lack of people with those old skills will force rates up too.

Older contractors with both old and new skills could be like gold dust if companies are all rebuilding their legacy systems at the same time.

This legacy systems rebuild could be a massive silver lining for them. 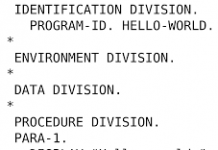 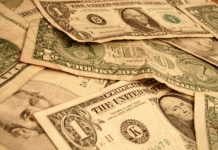