A reader sent this article, about his office Christmas party mistake to us asking our advice.

I made a fool of myself at the Christmas Party with one of the girls from the office and with the boss. No one has mentioned it to me since, so I am wondering whether just to forget it or do something about it.

What happened was that I had a few too much to drink and asked one of the girls at the office to dance. Her husband, who also works at the office, was there.

Anyway, I‘m afraid that the dance got a little steamy and her husband stepped in. I objected and then the boss stepped in to separate us.

However, I then had a bit of an argument with him and told him, I‘m afraid, that he was a ‘useless piece of dogs**t‘. I also told him that no one liked him and that the project we were working on is doomed.

Back from Christmas Break

I expected that, when I came back from my Christmas break, that everyone would be talking about it.

Perhaps it was just put down to something that happened on the night and everyone has put it to the back of their minds and forgotten about it.

That‘s what I‘m hoping anyway. I was thinking of going and apologising to the people concerned, but there doesn‘t seem any point in reminding them of it if, as it seems, that they have forgotten about it already.

What do you think Dr. McLaughlin?

Stan, there‘s not a cat‘s chance in hell of them all having forgotten it. You can bet your life that it was the main topic of conversation at the office for weeks afterwards.

I‘ve never been to an Office Christmas Party yet where an incident has happened that has just been forgotten about.

The only people who don‘t know that they‘re being talked about are the people involved. The worse the incident is, the less likely it is that people will mention it to them.

I remember being at one place where two workmates (male and female I might add) were seen in the ladies toilet at the Christmas Party. They must have thought that they had got away with it, as no one mentioned it to them.

It was the main topic of conversation (and mirth) for ages afterwards. I wasn‘t even at the party, and I was the boss, and even I got to hear about it – from several different people.

If they read ITContractor, they might get a sudden chill of realisation that we all knew about it all the time.

Stan, you have two options here.

Firstly you can let time be the great healer and hope gradually that people will forget. That isn‘t very likely as each new person who joins the firm will be told at some stage. They should even put it at as part of the Company Introduction.

The second way forward is to grasp the nettle by the horns and arrange to see your boss. If that can be done socially, and off the site, so much the better.

If not, go and see him at his office.

Say, with the greatest shame that you can muster that you are very sorry about what happened, that you were totally out of order, and that you offer your profuse apologies.

If you grovel enough, you might just be able to get away with it. Offer to make it a public apology as the offence took place in public. The chances are that he‘ll say that you don‘t have to do that.

I can‘t say how he‘ll react as I don‘t know what type of a guy that he is. Most people will accept your apologies though.

Also ask his advice as to what you should do about the girl and her husband too. He is pretty sure to know how they feel – and whether they would accept an apology.

This is a very unfortunate incident. Let‘s hope that it doesn‘t blight your career.

It might be an idea to mention it socially when you are out with some of your workmates. This way it brings you into the circle and you can get to know what was said and how the participants took it.

Some types of people can get away with an office Christmas party mistake like this, and others can‘t.

If you are one of the ones who can‘t, and the fact that they haven‘t mentioned it to you would appear to put you in this category, then it might be an idea to brush up your CV and get it out there.

For more advice on problems in he Workplace click on Workplace. 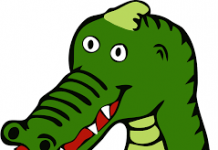 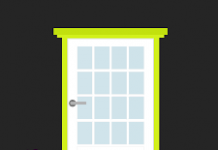 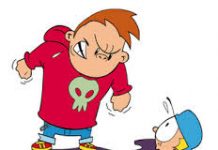 Permanent Project Managers – Why Do They Demotivate Contractors?