As last, advertised IT Contractor Developer Rates are hitting pre-Downturn Rates. IT Contractors, until recently, have been earning less than they did 10 years ago.

Now, according to ITJobsWatch, contract rates are back to where they were at their peak prior to the credit crunch.

According to ITJobsWatch, rates for contract developers are now an average of £425 a day.

It has been a long time coming for IT Contract Devlopers – the best part of a decade.

However, with rates pointing upwards it looks like the sky is the limit now for them.

Indeed, 10% of IT  contract developers are being offered rates of £575 or more.

Of course, London is the best place for rates with average contract developer rates being £375 outside of London.

Strangely the number of contract ads for developers has actually gone down in the past year from 12,309 to 1,1414.

Gone are the glorious days of the hourly rate. Only 117 of those ads quoted an hourly rate.

All the others quoted a daily rate. Many years ago, the hourly rate was king and all rates were quoted hourly.

Most contractors prefer hourly rates as it is easier to claim overtime. Nowadays, with the daily rate, many clients expect IT Contractor Developers to work extra hours for nothing.

Future for IT Contract Rates

So, what does the immediate future look like for Contract Developers?

It is looking pretty good.

There’s no sign of any downturn in the market. The Stock Market is still soaring and there is no sign of an increase in interest rates which is often the signal for a new downturn.

IT Contractor Developers took a long time to get back to the rates that they were getting almost a decade ago.

Now it looks as though they are going to soarp ast that previous peak.

It looks as if it is going to be onwards and upwards for rates now.

Keep this in mind when you are negotiating your next contract renewal.

Are you paying too much for Accountantcy? Use the latest technology to cut your Accountancy Fees. See Aardvark Accounting to see how you can do this using the latest apps.

Contract Rate Rise – Tips for getting a Good Rate 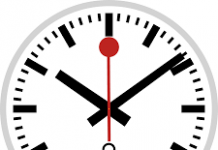