Right of Substitution in IR35

The Right of Substitution is the legal right, enshrined in a contract for services, to provide a substitute to do the work, and fulfill the contract, when the contractor is not available. This clause makes the freelancer much more likely to be outside IR35. It is one of the main risk factors when assessing whether a limited company contractor should pay the IR35 tax or not.

If a contractor names a substitute that points to him or her being outside IR35, it must be stated in the contract and the client company must agree to it.

According to a court verdict, the substitution clause does not have to be triggered to make it valid. The onus would be on HMRC to prove that it would never be triggered.

The more unique that a contractor’s skills are the more only he or she can do them tasks properly. Surely that differentiates them from an employee whom even their employers see as replaceable.

Normally the more you differentiate yourself from a company’s employees the more you are outside IR35. That’s except in the case of the Right of Substitution.

If you are working at a client’s site and your skills and knowledge make you the most irreplaceable (from your skills knowledge rather than from a business knowledge of the client) why would that make you a ‘disguised employee’ when normally their employees are replaceable?

So, contractors have to play this game and put the Right of Substitution in their contracts and better still, name names of who will substitute for them. Of course, this is normally a bit of a farce.

They put it in there and name the names hoping that it never comes up. Usually clients would never allow a sub anyway.

It’s usually difficult to pick up someone else’s work and run with it. It’s better to wait for them to come back

It is completely unlikely that the client would allow a substitute. The reason is that, although he, or she, may have the same skills as the person who asks him or her, they do not have the business or systems knowledge that the contractor has picked up while on that client’s site which is unique to that client.

So what can you do?

1. Have the right of substitution in your contract.

2. Name the substitute(s) if you can.

3. If you have an unfettered right to place yourself with a sub even better.

4. Put a clause in the contract saying that you will reimburse the client if the work done by the replacement is inferior to the work done by yourself – either that or you’ll make good any inferior work or schedule slippage.

HMRC may argue that the right of substitution in your contract is a sham. However, they have not succeeded well with that argument in the courts as they have not been able to prove that you wouldn’t have been able to use one as it hadn’t come up. This must be very frustrating for them but it is a crazy game anyway.

Having the clause in your contract has been often been shown to be enough. They could only prove it was a sham if ever there was a need for a replacement for you the client agreed there was a need and you didn’t supply one. The burden of proof is with them.

As this is a scenario that hardly every happens just make sure you play this game and get the right clauses in your contract. Leave it to HMRC to prove it is a sham without any evidence to the contrary. Although I said it was crazy it appears to be crazy in contractors’ favour. HMRC must regret trying to use it as one of the Big 3 Factors.

After all, you probably don’t have the money that Lorraine Kelly had to fight and win an IR35 court case.

If you do need an umbrella company you could try one of the following or simply fill in the form below and they will get in touch.:- 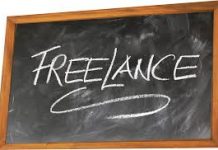