It may well be that contractors taking direct contracts at companies will be a thing of the past. This is after the looming IR35 changes in the public sector. These will start operating in April 2020. However, many companies will want to start their preparations for the changes much earlier. Indeed one major bank says it will take on no more contractors after September.

Why Do Contractors Want Direct Contracts

It has always been the dream of contractors to cut out the agency and go direct to companies. Agencies usually take 15% to 20% of the total fee that a client company pays for the services of a contractor. Contractors would like to have that money too as they feel it is being paid for their services and they are doing the work. Contractors taking direct contracts could have that money too.

Why Do Companies Not Take on More Contractors Direct

However, many have been reluctant to take on contractors on direct contracts in the past. This has often been for ridiculous reasons. They quote accountability. They say that, if the contractor leaves, the agency could replace him or her with another.

Indeed, when I have recommended contractors to companies in the past with the correct skills they’ve usually told them to get in touch with one of the agencies that they use. That’s a shocking waste of money.

Now that is likely to become much worse after the looming IR35 changes in the private sector.

If a contractor operates as being outside IR35 at a company but is found later to be inside someone will have to pay for the back tax, interest and penalties. Here is the current hierarchy of who pays:-

Even being 3rd option of who pays, 59% of companies are considering blanket bans on contractors using limited companies.

So, if the agency is removed from the picture that would make the client company liable for the tax if the contractor defaults. Now, the contractor is far more likely to default than an agency.

This would spook companies even more.

How Do Contractors Know if They are Inside IR35 or Not

Of course they could make the contractor sit HMRC’s online IR35 tax called Check Employment Status for Tax (CEST). If the contractor passes that HMRC say they will not pursue the company for back tax for the contractor.

What Happens If Contractors Taking Direct Contracts Fail the Test

However, if the contractor fails the test, and most people have said it is skewed in HMRC’s favour, the company would be likely to insist that a contractor operates through a third party company like an umbrella company.

With the extra tax and National insurance to be paid, this would completely negate the financial advantages of contractors taking direct contracts at a company. 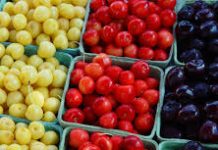