I started a previous portfolio on January 1st one year. By January two years later it was up 64% when the Stock Market was up only 18% in that time. Some people have asked what criteria I use to select my shares, so I thought I would set them out here.

As Jim Slater used to say, if they are any good, what are they doing working for newspapers? why aren’t they making money for themselves?

Every year the poor souls are forced to make their share predictions for the year and at the end of the year most of them have to explain why they didn‘t beat the market.

Figures have shown consistently that two-thirds of Unit Trusts underperform the market every year. If you looked at them over a three year or five year period, very few would be beating the market or making money at all.

Yet people still keep buying them. Despite the evidence to the contrary, people believe these people to be ‘experts‘.

You would be much better just throwing a dart at the share page of the Financial Times on the wall. In fact, this has actually been done and the shares selected by this method beat all of the Unit Trusts in the competition.

In another competition a newspaper writer allowed his 12-year-old son to pick shares in competition against the Unit Trusts. Of course the boy won.

They even enlisted a chimp to compete against the Unit Trusts by pointing to shares in the FT with a pin. Guess who won? You‘ve got it – the chimp.

And yet, year after year, people keep handing billions of pounds of their money to these people.

Who is cleverer – the chimp or the people who buy Unit Trusts?

I hope that didn‘t make you say ‘˜Ouch‘ too much!

Guaranteed to Underperform the Market

You are almost guaranteed to underperform the market with them. You‘ve got to pay their staff costs, their building costs, their marketing costs etc. – and they repay you by buying a load of duff shares on your behalf.

I hope that this doesn‘t sound too boastful or arrogant but I‘d be confident of beating those people every year.

So, what are techniques for making money and buying shares that I use?

There are certain factors to do with timing which made me buy shares in the portfolio.

a) US Presidential Term

However, if you only ever held shares during the second two years of each presidential term of office then you would have turned $10,000 into $72,000 over the same period.

This is quite a difference and I don‘t think it can just be explained away by coincidence.

The reason for it is obvious.

When a US President gets into office he wants to take all the hard decisions early. He has to dampen down the economy then so that in the last couple of years he can let it rip a bit so that he can get re-elected or get remembered as a successful President.

Our market always follows the US market, so what happens there happens here too. That‘s why Prime Ministers like to hold their elections not too long after the US elections.

Look at the last few elections in Britain. You can see how much they coincide with US elections.

b) Blood in the Streets

The second reason for my timing is not very nice – but it has proved to be a money-spinner in the past.

According to the old dictum of Baron Rothschild ‘Buy when there is blood in the streets’. That‘s what he always used to do and he became very rich because of it – although perhaps not the world‘s most moral man.

In a previous portfolio it was the Iraq War which prompted me to start my portfolio. I figured that this would also bring down the price of oil, which I think is something that affects the Stock Market a lot.

I got in just three weeks after the market hit bottom and started to rise – something it did for years after.

Considering that they say that you never get in at bottom and never get out at the top, missing the bottom by just three weeks isn‘t bad. As long as you are making money along the way.

In fact, I‘d love to see a graph of the Stock Market charted against the oil price for the last 50 years or so. I think it would be very revealing.

The Reasons for Contractors Making Money

So, those are the reasons for the timing of my portfolio.

In future articles I will tell you about other indicators that I look out for which have proved successful in the past. 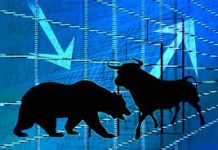 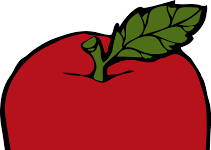