It’s the opportunistic contractors that end up making money.

Contractors seldom take advantages of all the opportunities to make more money from their clients. One of the ways they can do this is by selling training and mentoring services to their client.

Often they hire contractors are because they have a lot of experience in the skills that a company‘s permanent workers don‘t have much of. They bring them in for their expertise.

They know more than the permanent workers, especially where there is a new skill involved. This skill can be in a language, a tool, a methodology or in some technical expertise.

Few contractors take the step of thinking ‘Well if I have knowledge that others in the company don‘t have as much of, then I can make more money than I currently do by training them’.

They usually watch as onlookers as companies send their permanent workers out for training. Companies can pay anything between £10,000 and £30,000 for a week to 2 week‘s training for 8-12 people.

Could You Do Cheaper Training and Mentoring?

Could you do it cheaper?

Damn right you could – and probably better too.

You would have the advantage of being able to mentor those on the course after they have finished it too.

In fact, why not put together a training and mentoring package?

You would have competitive advantage on a training company because you would be giving companies more, i.e.:-

As well as giving the company more than a training company could do, you could do it far cheaper than they could too.

There may be a licensing fee to pay for doing the course or there may not.

Whether there was or not you could still do it more cheaply and give them more too.

If it all goes well you might find yourself training and mentoring all the companies IT employees who will be using the skill on multiple projects.

Of course, most IT contractors don‘t take any opportunities like these as many of them see themselves as temporary employees rather than as small businessmen and women.

They often cite the clause in their contract which states that they can‘t approach the client for more work while at the company and for a period afterwards.

There‘s no need to worry about that. Agencies put that in to cover themselves. I‘ve spoken to quite a few of them, and all of them have said that if a contractor came up with a good scheme which would benefit the contractor, the agency and the company, then they would be happy to go along with it.

No Proposals from Opportunistic Contractors

When I was a CIO at a company we usually had around 20 contractors at any one time.

If any of them had come up individually, or as a group, with a proposal which stacked up, I would have looked at it favourably if it benefited the department the company (and myself).

In the three years I was there none of them ever did. Not one opportunistic contractor stepped forward.

It‘s a shame as the opportunities are there – if contractors would just reach out their hands and grab them.

For more great advice on how to make more money as an IT Contractor click on Making Money From IT Contracting.

Systems Knowledge – Do you have knowledge that could be worth millions? 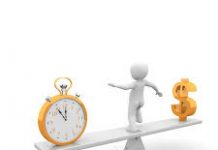 Contractor Introductory Fee – How Much Should I Charge an Agency?