So, has AWR changed everything as far as IT Contractors are concerned?

The countdown to AWR‘s introduction last autumn saw plenty of debate and conjecture amongst agencies and service providers. However, the contracting community in the UK remained largely ambivalent. This was mostly because they didn‘t feel in need of protection in the first place.

On Christmas Eve, 2011, the first qualifying period came to an end. The first tranche of temporary workers became eligible for equal pay and conditions by legal right.

But what impact has AWR actually had?

We asked Derek Kelly, Managing Director of the Parasol group of companies, give us his view on AWR‘s impact so far.

Here is what he said.

First of all, the overall aim of the AWR should be applauded. Exploited agency workers deserve parity with their permanent equivalent colleagues. So, they should be protected accordingly.

The issue with AWR however is that, once again, it is a case of the Government using a ‘one size fits all‘ approach to a section of the UK‘s workforce that could not be more disparate.

Successive governments in the UK have consistently failed to make the distinction between the vulnerable, low-paid, low-skilled agency worker making National Minimum Wage and the professional contracting community of highly skilled individuals who are a source of innovation and flexible skills for UK PLC.

This was plain to see in the run up to AWR‘s introduction last October. It was the biggest cause of concern for contractors everywhere.

Would the additional administrative burden and potential cost of AWR make contractors and freelancers less attractive to hirers? Also, is the demand for contractor services about to plummet?

This is the case in some circumstances at the unskilled end of the market. In others, service providers and agencies are flying quite close to the wind with some of the business models or practices they have adopted in response to AWR.

Some are churning their workers at 12 weeks to avoid the regulations altogether. Either that  or they are offering reduced hours contracts. This is to limit their liability when it comes to their obligation to pay agency workers when they are between assignments.

The unfortunate irony is that the workers that have been most affected negatively by the legislation are those who it was supposed to protect in the first place.

Professional End of the Market

Happily, at the professional end of the market, we haven‘t seen an AWR ‘Y2K‘ moment. The contracting world didn‘t end and the demand for contractors hasn‘t dropped off as a result.

We are seeing a squeeze in some sectors. However, I believe this is more as a result of poor economic conditions as opposed to being related to the introduction of AWR.

This is backed up by a recent report published by the Recruitment & Employment Confederation (REC). This shows that its members have only seen a slight decrease in temp billings. They also attribute that to the poor economic conditions.

The REC report also highlighted that 87% of employers in the UK want to grow or maintain temporary staffing levels over the next 12 months.

In fact, in some sectors, IT being one example, particularly in mobile technology, we are seeing demand for contractors on the increase despite AWR.

Well, it looks as if AWR is a bit of a damp squib as far as IT Contractors are concerned.

It seems more akin to Y2K. As then, there were all sorts of predictions of how badly we would be hit when the impact of both Y2K and AWR were hardly felt at all.

It doesn’t looks as if AWR changed everything for IT Contractors.

We‘ll await the next scare. 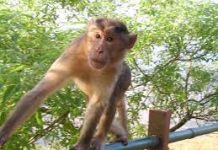 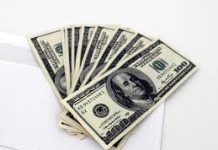 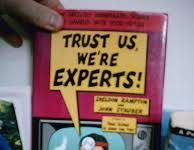