Listen to this contracting nightmare.

It was in the middle of a severe downturn, and I was out of work for ages when I got the interview. It was for a software house.

The interview went very well. They told me soon afterwards that the company wanted me, but that they needed to wait for budget approval.

The rate wasn‘t great. It was a fair bit less than my previous contract. However, it was better to have money coming in than not, especially during a recession.

It took me nearly three more months to get a start. I had to take another rate cut to ‘sweeten‘ the client, but I eventually got there.

The site was away from home. I, also, had the added expense of staying in a bed and breakfast above a pub, as well as the weekly peak time train fare.

My wife wasn‘t happy about the situation. Our monthly outgoings were greater than our income, but I had to do it. It was a contracting nightmare.

When I got there, I found out that I was only the second contractor that they‘d had there, and that the previous one had been sacked.

In fact the previous one was still there for the next two days, and his last task was to hand over his work to me. The other software house people were working away from home too.

They disappeared out on my first evening, and I ate with, and had a beer with, the doomed contractor.

‘Great’, I thought, and it was at a time of the year when it was dark and miserable outside too.

I hoped my wife would appreciate what I was doing. She didn‘t actually. She moaned and groaned about being at home by herself, while I was away ‘galivanting‘.

The work was pretty dire too. It was a Honeywell to IBM Cobol conversion, and consisted of looking at the code in a series of programs and translating it into IBM Cobol.

I didn‘t know Honeywell, and the guys there weren‘t keen to help, as I was a contractor and should know what I was doing.

Once the other contractor was gone, I was left pretty much to my own devices until about a week later, when the project leader of the group said that there was a firm‘s night out at a restaurant and invited me along.

At the end of meal, they tried to insist that I paid for my part of the meal, as I was a contractor and shouldn‘t get the perks that their software house was bestowing on them.

If they told me beforehand that they expected me to pay, then I wouldn‘t have come along, as it was quite an expensive restaurant, and I couldn‘t afford it.

It left a bad taste in the mouth at the end of the night.

It was near the end of my contract before they invited me out to eat with them again. When I first went to the site, I asked them to recommend a bed and breakfast.

They did – but it was not the one that they were staying in.

Most of the dark evenings were spent eating alone and watching the TV at the bed and breakfast. Most of the people who stayed there weren‘t there for very long, so it was difficult to make any relationships.

Towards the end of the contract, I started to make a few friends with people at the company that the software house were doing the work for.

It made the last month or so of the contract a little more pleasant, but this was during the day, and not in the evening when I most needed it.

I really looked forward to the weekends.

The contract only lasted for three months, and it was a long time ago, but this contracting nightmare is still indelibly burned into my mind.

About my only happy memory of the place was when I told one of the senior people of the software house‘s client that my contract wasn‘t being renewed and that I would be away in a week.

The software house hadn‘t told the client that my contract wasn‘t being renewed. A little while later, when I was back at my desk, he came over and said to the gang, ‘Is it true that Gerry‘s contract isn‘t being renewed’? His voice was incredulous.

Someone mumbled that it was true.

‘I could think of several people who I would rather see go first. In fact that would apply to the lot of you. You‘re a miserable shower of gits’, he said.

He then stormed off without anyone saying anything.

He left an awkward silence behind, and I said nothing and kept my feelings well away from my face.

But while I continued converting the next program on my screen, I had one of those internal smiles that go deep.

I hadn‘t realised that the software house‘s clients had felt that way until then.

It was good, however, to see those morons getting their comeuppance for once.

My next job was a good one, and I got it after getting a good reference from one of the software house‘s clients at the site, so all‘s well that ends well.

I wished, at the time, though, that I could have quit this contracting nightmare job, but I couldn‘t afford to.

I made up my mind that I would never put myself in a situation again where I couldn‘t quit a nightmare job. 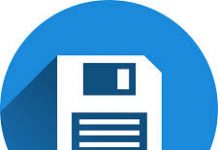 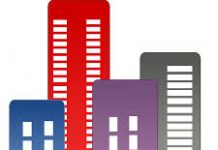 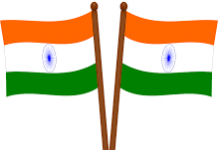