Working in the USA

I knew that the USA had always been a bad place to be poor in, and that they had no time for losers, but it still surprised me.

What binds them together is the concept of ‘America‘, but there‘s not much sense of social cohesion beyond that.

They have all totally bought in to the concept of ‘America‘ and its being the greatest country in the world (or that‘s ever been).

Government Out of Their Hair

After that though, they just want the Government, whether national or local, out of their hair. That pretty much goes for their neighbours too.

Working in the USA, there are two Americas.

There is the John Wayne America. They stand no nonsense and are not afraid to break a few rules to ‘root out the baddies‘.

There is also the James Stewart America, i.e. from the movie that they always show at Christmas in the USA, Frank Capra‘s ‘It‘s a Wonderful Life’.

In this, the small guy with a Savings and Loan‘s company helps the other small guys against the big business interests in a small town. They come to his aid when he hits financial trouble himself.

I‘m afraid that the James Stewart America is pretty much a distant memory and John Wayne very much ‘rides again‘.

My wife‘s father, when he saw ‘It‘s a Wonderful Life’ said ‘Yea right. Everyone‘s going to come and give him money. Sure’.

And he is correct. That concept is pretty much dead.

The concept that lives is, ‘I don‘t see why I have to spend my tax dollars on x, y or z’.

They argued, with some truth, that the Government shouldn‘t hand out foreign aid, or give money to charities. They should hand back the money to individuals. Then, they should decide how much they should give to charity.

Working in the USA – Least Charitable

Well we have the answer to that now. A recent worldwide survey shows that Americans are the least charitable people in the world.

They give an average of one eleven-thousandth of their annual income to charity. This pushes them to the bottom of the international table.

There was another recent survey in the USA which showed the most generous states in the USA by the percentage of their income that they gave to charity.

The state where I lived, Rhode Island, was 49th out of 50 states in the generosity stakes. The top ones were all Southern states, with Mississippi at the top.

Working in the USA – Foreign Aid

This extends to foreign aid as well, with the USA cutting back on that, to hand the tax dollars back to those that paid them.

This mean spiritedness doesn‘t just apply to giving aid to good causes, but it extends to their fellow citizens as well.

There is very little sympathy for anyone who has erred.

If they do it again they‘re in trouble.

Three Strikes and You’re Out

The Supreme Court has  ruled that The State of California has the right to carry out its three-strikes-and-your-out policy. This is where lawbreakers can be sent to jail for 25 years for a third offence, no matter how minor it is.

One guy is serving a 25-year jail sentence for stealing a slice of pizza.

How did the USA get here?

Well it was never the most generous place on earth anyway. Rehabilitation was never a strong idea in the prison system. The idea is mainly to remove people from the community that commit offences.

Middle Class Working in the USA

The main factor though is that they convince ‘the middle class‘, as most people call themselves in the USA, that all of those who want their precious ‘tax dollars‘ are cheats and frauds.

Those at the top never like paying tax (who does), but there‘s too few of them.

What they manage to do is to convince ‘the middle class‘ (many of whom you would call working-class in Britain), that all those recipients of their ‘tax dollars‘, whether single-parent mothers, or people without a job, or people who are starving in foreign countries, are the ‘undeserving poor‘.

Less Well Off Working in the USA

Formerly, the ordinary people were quite happy to have some money going from the public coffers to their less-well-off brethren.

The demonise most of these as people who just ‘work the system‘. Surveys have shown that this is, for the most part, a myth. Something like 98% of people who receive Government help are genuine cases.

However, the powers-that-be manage to use the other 2% to demonise the other 98% as well.

What WILL they spend money on then?

Well the military for a start.

The powers-that-be manage to convince the American voters that the American military has become weak and unable to defend America properly. This is despite the fact that the USA increased spending this year by more than the total UK military budget.

The USA now spends more than the rest of the world put together on its military.

That brings me to another area where the USA people and companies are generous – in contributing to campaign funds.

In the 2012 election, more than a billion dollars were contributed to the campaigns of the Presidential candidates and it was even greater in the 2016 election.

They are at the top of the world league when contributing to politicians‘ election campaigns, and will give and give again to that.

Working in the USA – No Free Lunches

Why are they so generous when it comes to giving money to politicians when they‘ll hardly give at all to the less well off?

I think that we must assume that the saying that ‘there‘s no such thing as a free lunch‘ holds sway here.

I would expect that most companies (and even individuals) have Cost Benefit Analyses whenever they spend money.

When Enron were being investigated by Congress, 211 of those investigating them had received campaign contributions from them.

The pensioners and workers of Enron who took them to the cleaners are demanding that those Congressmen hand back the money given to them – fat chance.

It‘s not just in America that this phenomenum of a lack of generosity and meanness of spirit is taking place, but it is the place where it started and has caught on strongest.

I remember seeing world-renowned economist JK Galbraith, who worked for the Roosevelt and Kennedy administrations telling his Democrats Abroad audience in London that they should remember some of their less well off brethren and those at the bottom of society more.

There was much shifting of feet and embarrassed coughing.

The Democrats were now in competition with the Republicans for being mean to the disadvantaged, or ‘undeserving poor‘ as they were now considered.

Labour and Conservatives in Britain

We see the same phenomenum in Britain, where Labour is in competition with the Conservatives to be the toughest with the ‘undeserving poor‘.

There are just no votes nowadays in advocating that our less well-off brethren should be assisted.

The tougher that they talks about sorting out the ‘demonised ones‘ the more likely their party are to be re-elected.

It‘s the same with the Democrats in America. No one is going to be elected on a ticket of giving more money to help the less well off.

Working in the USA – John Wayne

John Wayne rides again, and James Stewart looks like a distant memory of a bygone age.

Tolstoy once said that you get the leaders that you deserve. I hope that we don‘t deserve the current bunch of politicians – but I suspect we might.

Perhaps there may come a day in the future when people see themselves as part of a community and not just as a group of competing individuals. No society can call itself that if it doesn‘t look after its weakest members.

I don‘t see any signs of the pendulum swinging back anytime soon. In fact I would say that the reverse is more likely to be true.

As far as IT is concerned, most Americans don‘t socialise afterwards the way we do.

It is very uncommon for Americans to go out after work for a few drinks together.

In fact one friend of mine who suggested it to his co-workers was looked at a bit askance. ‘You mean you would go out drinking when you‘re working the next day?’, he was asked.

Their work and their social lives are kept very much apart.

Living and Working in the USA

Americans would use a site like ITContractor.com for networking rather than getting in touch with old colleagues.

As one American told me, when you meet an American one of the first three questions that they always ask is ‘What do you do?’, as they feel that this defines you, and you may well turn out to be of use to them.

PS – there were many things that I liked about living and working in the USA and will put these into a future article. 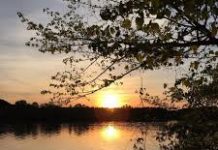 Zombie Websites – Will Penguin Raise Them from the Dead?