Angry Contractor Tells Us Why

An angry contractor sent this to us in reply to our article – How can a Business Analyst of 49 be out of work?

I have to sympathise with the guy who at 49 seems to have been shelved (I’m 49 too and in a similar situation).

IT Contractors and Major Corporations

The head offices of most major corporations are where the bulk of the I.T. functions are carried out, and most of these larger British organisations and overseas offices of Major U.S. corporations have their Head Office in the South East of England (M4 corridor, or Greater London)

Needless to say there are some seed-corn software and services companies that operate outside of the South East, in the provinces, and Cambridgeshire. However, the prohibitive cost of housing in the South-East is forcing many companies to commit the cardinal sin of looking overseas for cheap foreign skills, when re-siting I.T. to the provinces would solve two problems.

The first is it would provide much needed I.T. opportunities to independent contractors who do not for whatever reason live in the South-East, nor could afford to; and secondly it would reduce corporate overheads, as building costs, and salaries would not be as high.

However, perhaps it is the lure of the London social milieu that the wives of those at the helm of many of Britain’s industries would miss, that is the real reason for keeping those offices located where they are?

I have long believed, that unless we in the North, and North West, have our own political control, then the ever present establishments, of the Stock Exchange, the Royal Family, and Government drags companies, and money to the south east. This makes me an angry contractor.

It should be government policy to re-locate many of the Government’s functions to the provinces, to counter-balance this tendency, and to also get better value for taxpayer’s money (It might also help ease the housing crisis that is apparent in the South East too).

As an I.T. specialist of some 22 years experience, an ex college lecturer, and 10 yrs retail management experience with excellent all-round I.T. ability, I too feel aggrieved that my VERY expensively acquired skillset is going to waste. I now work as a Kitchen Designer, and therefore do not appear on the government’s statistics. This makes me a very angry contractor.

Getting older and still on the bench | IT Contractor 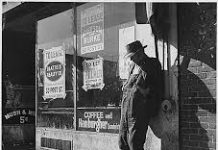 Contractor Downturn – How I survived the downturn