We will answer the following questions below:-

Who Use These Umbrella Companies?

Who are using these companies?

More and more NHS workers are using specialist Umbrella Companies for Locum Doctors, Vets Agency Nurses, General Practitioners, Management Consultants and Dentists. They use these companies to process their pay. They are, effectively, permanent employees of these companies.

What do Locums / Agency Nurses have to Do?

All the locum doctors or agency nurses have to do is present a time sheet and the umbrella company does the rest.

One of the main reasons that more locum doctors, vets and agency nurses are using umbrella companies is because of the recent IR35 changes that the Government has made.

How was the IR35 Status of Locums / Agency Nurses Determined?

It used to be that a doctor, nurse or vet would determine their own IR35 status. If they decided that they were outside IR35 and got it wrong they could be open to investigation by HMRC.

They could end up paying tens of thousands of pounds of back tax as well as penalties and interest.

However, because of the sheer numbers of freelancers in the UK, and the dramatic staff cuts at HMRC, there is more of a chance of being struck by lightning than being investigated for IR35.

Even then, HMRC lost the vast majority of cases that they brought against freelancers in the UK.

So, most freelancers, including locums, operate through limited companies with the tax advantages that this had.

They also took out IR35 insurance, which is not too dear, for the remote possibility that they would come under investigation.

How is Their IR35 Status Determined Now?

However, the Government has changed all that for public sector locums and freelancers in general.

It will be the Government department, or NHS Trusts, who will now decide their IR35 statuses.

What is the New Online IR35 Employment Status Test?

What is the IR35 status test?

If the Trust or department decides that the locums or agency nurses are inside IR35 they will have around a month to let their agencies know.

Who Will Pay The Tax and National Insurance of Locums / Agency Nurses?

Who will deduct their tax and national insurance?

The agency will then deduct tax and National Insurance at the normal PAYE rate as if they are employees.

If the agency gets it wrong they may have the financial liability.

If the NHS Trust gets it wrong and fails to correctly diagnose their locums, or fail to inform the agency, they could be liable for the tax.

Why are all NHS Locum Jobs Inside IR35

So, to be on the safe side, the NHS has decided that all their locum jobs and agency nurse jobs are inside IR35.

That means that anyone who fills those jobs will be inside IR35.

So, those filling the jobs will have to pay the full IR35 tax.

That’s even if the locum or agency nurse operates in such a way that they are outside IR35.

So, many doctors, nurses and Vets are paying the IR35 tax even though they are outside IR35.

That’s like having to pay Death Duties when you are still alive – just in case.

There is a process where you can appeal against the IR35 verdict. That’s even if they declare the locum job inside IR35.

So, rather than simply pay the IR35 tax, many doctors, vets and agency nurses are turning to umbrella companies.

Specialised umbrella companies for locum doctors, vets and agency nurses will let them keep a bit more of their money than if they simply paid IR35 tax. That’s especially if they are operating outside IR35.

For advice on the mot suitable umbrella companies, with the best money retention,  for Locum Doctors, Agency Nurses, Veterinarians, Dentists and GPs fill in the boxes below and they will contact you.

Umbrella Companies for IT Contractors / IT Freelancers 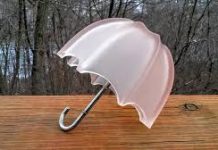