IT Contractors Who make Money

Successful Contractors should be always available.

Too many freelancers take themselves off the market when they start a contract.

Too many bad things happen to contractors who do that.

Here is a description of the contractor who ends up making little money from contracting.

This contractor, once he or she gets his legs under the desk at a new client‘s makes the work of the company his or her first priority.

He stops sending out his CV and stops looking for contracts on the job boards.

Many great opportunities may come up but this contractor will never see them.

If he is sent a message about a contract opportunity, he just ignores them.

He has a contract, after all, and is doing very important work for his client whom he can‘t let down.

Of course, this loyalty is one-way as we have seen with the big banks recently.

If the company got an opportunity to replace him with a better person, with better skills and asking for a lower rate the client will not say to the agency or the contractor ‘We can‘t do this as we have signed an agreement with the current contractor for X months and we feel honour bound to see that through. Contact us again in X months.’

Sometimes this contractor will get a renewal at renewal time and sometimes he won‘t.

This could be for any number of reasons. For example, there is no work left, no budget left, they find a permie or they find a better contractor.

However the client will seldom tell the contractor that there is not going to be a renewal till the very last moment.

After all they don‘t want him, or her, to suffer from demotivation for a month. They don’t want him using his, or her, time to look for other work rather than working on the project.

The agency will almost certainly know that the client isn’t keeping the contractor on but won‘t let on.

Instead, the contractor will be strung along for a month. He will hear all sorts of excuses as to why the agent hasn‘t been able to get a chance to talk to the decision maker at the client site.

It will only be in the last few days that this contractor will hear that he is not going to be renewed. That’s far too late to be able to start work elsewhere on the following Monday.

All IT Contracts Come to an End

This contractor should have started looking for work at least a month before the end of his contract – but he was too tied up with the work he was doing for the client to tear himself away from it to look after his own welfare and his own business.

And after all, there would be a good chance of a renewal – if the agency could just get hold of the client.

No matter how good you are, all contracts come to an end.

IT Contractors On The Bench

With this contractor, every time a contract comes to an end he will be spending at least a few weeks on the bench and maybe a few months.

That important project that he worked on will go on without him.

While out of work he is likely to be without any income.

However, he had added to his lifestyle by taking out a bigger mortgage and a loan for a fancy car.

If he has children they may be in private schools.

IT Contractors Paying Out

He will be paying out money hand over fist.

The sum in the bank account will be going down and down as he desperately searches for another contract.

The more desperate he is the worse he does at any interview that he manages to get.

It is a strange thing but the less you want or need a contract (perhaps because you already have one) the more relaxed you are and the more likely you are to get that contract.

However, if you are desperate and a bit edgy (and perhaps looking a bit strained) you have less chance of getting that precious contract.

It‘s a bit like money – the less you need it, the more likely you are to get it.

Less Chance of Getting IT Contract

If it is during a downturn then he might find himself up against a dozen other candidates for one role.

If this contractor is really good then he stands a chance of getting away with it, as he may be 18 months or two years at each contract before spending a few weeks or months on the bench.

However, if he is an average contractor, like most of us, he could be spending time on the bench once, twice or even three times a year between contracts – and there is nothing like time between contracts for eating up the money.

How do I know so much about this type of contractor?

Unfortunately it is because I was one of them.  I wasn’t one of those contractors who make money.

That‘s why I‘m still writing for ITContractor.com and not in retirement on some Carribean island.

So, what does the successful contractor do? What’s different about contractors who make money?

Firstly, he puts his own business as his number one priority ahead of the client‘s business.

The client, after all, puts their business as a greater priority than yours – if they put any priority on your business at all.

Profile of Successful IT Contractor

So, what is the profile of the successful contractor (the one I should have been)?

For contractors who make money, it is, of course, very important to be good and get a renewal over and over again. However, this is still good advice for the good contractors as all project come to an end. They will find themselves on the bench for a longer length of time than those contractors who are not only good but also smart.

The optimum contractor is good AND smart.

If you are not very good or just average, don‘t be an idiot too or you‘ll end up with nothing after years of contracting.

He or she fires off CVs every so often (maybe a few per week) and keeps an eye on the job boards for any good opportunities that might arise.

If you don‘t you may miss that 6-monther on a Caribbean island at double your rate with the skills and experience wanted right up your street.

Even if there is no notice clause on your contract at all or a month‘s notice, the smart contractor will always say that he is available on a week or two weeks‘ notice (depending on how wily he or she is).

Why count yourself out for contracts by saying you wouldn‘t be able to start on time.

There is always a way out of serving your full notice as recent articles have shown, like the guy getting his girlfriend to phone up and say he had died after a huge heart attack only to appear three years later on another site.

I once told my agent that a house I owned had burnt down in Scotland and I had to go and see to it and could he pass this on to the client.

Of course he didn‘t believe me but he couldn‘t say that outright.

I mentioned recently about one site I was at where an Australian contractor who wanted to take a dream contract in Paris where he had to start in two weeks. The client said no. He told the client not to be an idiot in keeping him to his month‘s notice as he could always stand up on his desk and piss on his face and he would have to get rid of him.

He was gone by lunchtime.

However, if you just tell the client that you are unhappy, there, and want to go as soon as possible, they are likely to allow it as, like football managers, they usually don‘t want to keep an unhappy developer or analyst at the company.

The one time I did this, it worked.

Occasionally you might lose out but the one who doesn‘t try will never get any of those better contracts.

The smart contractor, as we said in a previous article, will always put the renewal of his contract ahead of the work he is doing for the company once it gets near renewal time. He will start looking very seriously for another contract once the month-to-go date is passed.

The smart client will sign the contractor up ASAP if that is his or her intention.

Contractors who make money will take no heed of any winks and nods from the agency. He will act on the basis that his or her contract is not going to be renewed. That’s unless he or she sees hard evidence to the contrary.

On the Field and Off the Bench

The smart contractor will spend very little time on the bench during his or her contracting life. So he will pile up the cash.

The non-smart contractor will be fighting a constant battle through his or her career to keep his or head above water. He will spend huge amounts while on the bench and struggle to pay his or her taxes, mortgages, car loans etc.

It is very important that contractors are good at what they do and impress the client.

It is also important that contractors are smart too.

Be good and be smart.

Even if you are not that good, be smart.

If you are both not-so-good and not-so-smart, contracting is going to be a struggle for you.

Their are IT Contractors who make money and those who don’t.

Be one of those contractors who make money. 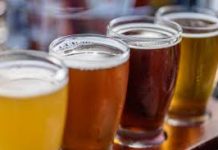 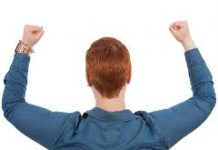 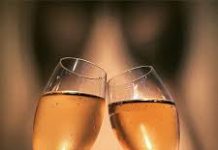