More and more employers will get robot replacements for humans.

A new survey by YouGov shows that 4 million people will lose their jobs to robot replacements in the next decade.

Indeed, by 2137 it seems that the prediction is that 35% of all jobs will be done by robots.

The cost of a manufacturing robot, for instance, is $6 an hour. They don’t need to go home at night and they don’t need holidays or pensions.

The author of the report said that artificial intelligence is more likely to alter jobs than take them.

Most jobs, however, will have to adapt to be able to use AI better.

So, what jobs are safest from Artificial Intelligence and the coming army of robots.

It seems that those in education and healthcare are the safest, i.e. those jobs where human interaction is needed.

However, even those jobs will have to change to make full use of AI.

Also, jobs that need a lot of manual dexterity will still be safe from robot replacements for the foreseeable future.

So, which jobs will be taken by robot replacements?

Jobs in Danger from Artifical Intelligence

It seems that bosses in Finance, Manufacturing and Transportation were most likely to predict that they will be replacing people by robots.

Finance, therefore, may seem to be a bit of a surprise.

However, computer systems can do a lot of what Accountants do currently. They can calcualte a lot more easily and accurately.

Indeed a survey a while back said that there is a 93.5% chance that Accountants will be replaced by robots.

Read the article to find out why.

Even Computer jobs are not safe. It seems that there is a 48% chance that they will be replaced by robots.

Read the article to find out why.

It’s going to be a very different world in 10-20 years time.

Artifical Intelligence will invade just about every job and replace many of them.

If I were you I’d take a long hard look at the jobs that robots will replace and those they won’t.

You should plan your career accordingly. 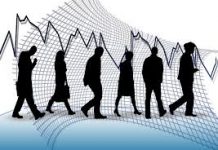