Working in the Netherlands

This was posted as a Comment on our Forum

The Netherlands have for a long time been a favourite with IT contractors, in particular Amsterdam.

Amsterdam is easy to get to get to, it has a brilliant social life, everyone speaks English, it’s easy to settle in and there are few cultural obstacles to overcome.

The demand for work has grown enormously in the last year alone and its economic importance appears to be safe for years to come.

It has become a central focus for much of Europe’s IT development work.

Recently, it was the venue for a computer hacking conference, which attracted more than 2,000 hackers from all over the world to openly discuss computer security and the legalities of hacking.

Over the next few years, the Dutch Government plans to see some 270,000 new computers and over 11,000 internal networks installed as part of its major education programme.

As the UK IT industry is approximately six to nine months ahead of that in the Netherlands, UK IT contractors will have the distinct advantage that they will probably have been through most of the projects on offer before.

However, though the market is buoyant there is increasing competition from contractors around the world, so you will have to have the top range of skills.

Major employers and skills most needed

Whereas previously Amsterdam was a good choice for the first time overseas IT contractor, it is now becoming a place for the experienced highly skilled trouble-shooter, with the lower end positions being filled by locals contractors. So you do need a few years of top-level expertise behind you.

Amsterdam has a strong market for financial, banking, and networking work, with a lot of recent activity in the client-server and automation software areas.

Citibank, ABN Amro and INBG dominate the Netherlands’ banking community. The city reflects the current migration away from Novell towards Windows NT platforms.

There is also a growing amount of work in Sybase and Powerbuilder. Many international companies have their headquarters in Amsterdam as they see it as the gateway to Europe. Companies include AT&T, BT and Ericsson.

There are other more unusual contracts to be had in Amsterdam like publishing. Two of the world’s largest publisher’s Elsavier and Wolters Kluwer’s have their “home” here. Both invest heavily (millions!!) into electronic publishing; so there are plenty of opportunities for software development, propriety application and integration work.

Length of contracts in the Netherlands

Contracts are usually for a six-month duration initially, but normally roll on, with the average stay of a contractor being up to two years. The general rule is that if a contractor stays for nine months, he usually ends up staying for a couple of years.

Rates of pay in the Netherlands

Contractors do not have the option to operate as a one man limited company, but have to be employed and are paid directly. Multinational companies in the Netherlands have been known not to even talk to you unless you can prove you are on the Dutch pay roll.

However, even though your pay will be affected by higher taxes the cost of living is definitely cheaper.

Tax and legalities in the Netherlands

While working overseas has never been easier, with some agencies organising everything from your airline tickets to providing you with a handy phrase book, the problem of tax and how you organise yourself in terms of payment whilst working overseas is a major concern.

The international contract scene is now so established that the world’s tax authorities are paying more and more attention to the way contractors operate. If you want to operate in the Netherlands there is no choice but to go PAYE.

This is the same case if you want to work in Switzerland and the USA. The onus is very much on the individual contractor to ensure that they are operating legitimately; it would be wise to seek out advice from recognised consultants, who will have ready-made tax plans for every country that employs contractors from the UK in order to obtain the best possible option.

It is imperative that you address tax status and residency in the UK before you embark on any overseas contract. The length of time you plan to spend abroad will be the key to the management of your tax affairs.

This way the accounting specialist can point you in the right direction. There are countless of agencies in Amsterdam to guide you through all the latest changes in tax laws.

Employing the skills of a Dutch Accountant when you are in the Netherlands would be advisable. As well as arranging the best possible deal for you tax wise, they can also open a bank account for you. It would appear that you could claim expenses for accommodation, travel and equipment so long as you maintain a property in another country. These expenses are claimed back when you submit your end of year tax return.

Language in the Netherlands

Almost everyone can speak English in Amsterdam, including children, shop workers, public transport workers…etc’¦ There should be no problems on the work front either, although their depth of understanding of English on the rare occasion might make you have to rephrase the occasional sentence.

Commuting in The Netherlands

For those contractors who will be travelling home regularly it is best to buy tickets well in advance.

You can even purchase what are commonly referred to as “back-to-back” tickets, where a flight home ticket can be bought for between £70-£100. Schipol airport is only about 20 minutes away from the centre of Amsterdam; so all being well you can be in Heathrow door- to-door in less than an hour and a half, including the 45-minute flight.

However, be warned as with all airports, Schipol has its fair share of delays.

Amsterdam is world-renowned for its social life. But it has far more to offer than its famous red-light district and its generous rules on drug taking. There is something on offer for everyone. There are no real cultural differences between UK and Amsterdam.

While the rates for accommodation may be the same as for London (approx. £500 for a city centre flat), one big advantage is that the majority of bills are included.

Hence less hassle – you won’t need to register with the local gas or electricity boards. You should normally be able to find a flat within a matter of days, as local agencies are well-connected.

Amsterdam has a surprisingly rich multi-cultural mix, given the size of its population and consequently, there is a wide choice of eating establishments.

Flick through the Amsterdam restaurant guide and you will find everything from Indonesian, Korean, and Bolivian through to Danish. The only type of restaurant that you’ll be harder pressed to find is a Dutch one!

You can get a three course meal with a bottle of wine for as cheap as £20-£25 a night, which is a lot less than for a comparable meal in London.

With TV showing BBC1 and BBC 2 combined with the fact that 60% of television in the Netherlands is in English, you’ll find it hard to be homesick.

Even 90% of the films shown in local cinemas are in English. You can even buy your favourite magazines at the local newsstand. In addition, there is actually more British football on Dutch TV than on British screens.

Amsterdam has a good quality, reliable public transport service but it is also possible to cycle or walk everywhere within the city centre. It really is a great place to live and work!

Do’s when Working in the Netherlands

‘¢ Take the advice of a specialist overseas tax consultant when working in the Netherlands
‘¢ Combine that advice with the local advice of an on-the-spot accountant.
‘¢ Ensure you are basing your affairs on the tax and social security issues of the country you are working in.
‘¢ Look into the idea of being employed and paid through a specialist management company.
‘¢ Take out medical, personal and baggage insurance for the time you are away.
‘¢ Make sure that someone is managing your affairs in the UK whilst you are away – e.g.: tax, VAT returns’¦.

Dont’s When Working in the Netherlands

‘¢ Rely purely on the advice a UK-based accountant gives you.
‘¢ Expect to simply operate as a one-man limited company in the Netherlands.
‘¢ Expect to be paid through an offshore company.

Commuting in the Netherlands

But after 6 months of Schipol delays , you may be ready to move on. I found flying on Fridays was OK as long as I left about 2:00 pm , though I did have a couple of pretty awful delays. Flying back on a Sunday night rarely caused any problems

Taxes in the Netherlands

No IR35, slightly wrong. In most cases you work through a Dutch agency and pay Tax and Social Security on the full contract price. I worked through a UK agency and paid UK NI cos it was cheaper 🙂 , but it was paid on full income less expenses

Expenses for accommodation, travel, equipment are allowed by the Netherlands only if you continue to maintain a property in another country. These expenses are claimed back when submitting your end of year tax return in Feb-Mar the following year.

You will probably have to work as an employee of a Dutch agency during your employment ( unless you are working through a UK agent.) Companies in the Netherlands are reluctant to work any other way as they are liable for Tax and Social Security if you abscond without paying.

I never paid tax on my expenses, I took my income as a mixture of pay (taxed) and reimbursement for the previous month’s expenses (not taxed) 🙂

Not to knock them ( I can’t manage any other language), but like most other continental countries the depth of knowledge of the language is shallow. You have to reduce your vocabulary to about 200 words to be understood.

Depends were you are, this is true in most places, but in Amsterdam many Dutch, children included, speak excellent English.

It is a bit bureaucratic and more of a police state than the UK. Which is something most Germanic states are comfortable with.

I have found that Belgium and Luxembourg are more likely to turn a blind eye to parts of the tax law so long as you are paying a reasonable amount of tax there.

They even imply that you have to register being there with the immigration police. No need to really though, it’s not strictly necessary if you’re an EU citizen (unless you need a parking permit).

But not everything is banned. In fact the Netherlands are probably the most liberal country in Europe. I had a colleague who refused to bear arms during his period in National Service (something about grenades being just a bit too noisy ) and there was nothing the Army could do about it.

Useful names, addresses and websites for the Netherlands

Netherlands Board of Tourism

For a report on business etiquette, negotiating tactics, protocol and so
forth link to these sites to purchase a written report
http://www.predeparture.com/netherlands.html 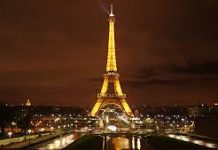 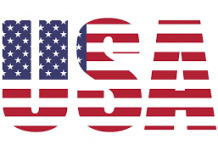