MPs are avoiding tax on consultancy work they do on the side. Some of the work is, in fact, blatant lobbying. Yet MPs are putting the income they get for such work through Personal Service Companies according to The Times.

It seems that at least 10 MPs have channeled funds from consultancy work through their personal services companies. By doing this they manage to avoid income tax at up to 45%.

This is tax avoidance rather than tax evasion. However, the Government isn’t keen on it as it gets them bad publicity from ordinary taxpayers.

Boris Johnson used to have a column in the Daily Telegraph along with other journalism earnings. It’s quite possible that he used a personal services company to channel his earnings through.

Indeed Dominic Cummings used a personal services company to put his income through for IT services to the Government of over £100,000 a year. So he is an IT Contractor.

Current Tory MP, Mark Pricthards has put over £400,000 through his personal services company for at least 7 outside jobs.

Others to put payments for work done through personal services companies include Tories Jake Berry and Sir Bob Neil, the Chairman of the justice select committee.

Clamping Down on Personal Services Companies

In the past the Government has taken any opportunity they can to bash freelancers who use personal services companies.

Said Sir Alastair Graham, former chairman of the committee on standards in public life “MPs should not be avoiding paying the taxes that they’ve decided the rest of the population have to pay”. 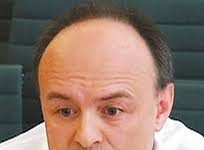 Liz Truss’s Chief of Staff is a Limited Company Contractor 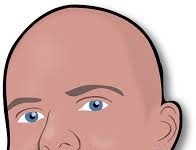