This article is about an agency threatening to put a contractor on a recruitment agency blacklist. An IT Contractor sent it to us. Has this every happened to you? Do you think that there are agency blacklists?

My last IT contract was working for a large retail bank as a project manager. I had been there 2 years already.

At the end of my contract they offered me a 6 month extension. I verbally accepted but which I later turned down because they tried to alter the terms of my contract taking out the clause that allowed me to give notice and essentially tying me into the contract.

They claimed that this was now standard policy and every IT contractor had to comply with this.

When I refused to sign the contract they became really sh*tty, telling me that I had already given a verbal agreement and that there was nothing they could do.

As a compromise I suggested a 1 month rolling contract which I thought was fair but again they refused.

So I told them that I would not sign the new contract. I also informed the programme manager that he would need to start looking for someone else as I would only be around for another month.

He was absolutely livid and contacted the agency and gave them a bollocking but still they would not back down.

The agency then called me and said that the client was not happy that I would not sign the new contract and if I did not sign and fax a copy over to them by the end of the day that they would withdraw the offer.

They would also let it be known to other agencies that I had refused a new contract and that I was difficult to deal with and that I had left the client in the lurch. I would be put on an agency blacklist.

Now surely this is illegal, sharing my information with other agencies without my permission is against the data protection act isn‘t it?

So then I asked myself:-

Is there such a thing as an agency blacklist (whether officially or unofficially)? Do agencies share information (legally or illegally)?

Is this just an attempt by the agency to make me tow the line or is there something more sinister at work?

I was out of work for 3 months after that and found it quite difficult to get my current contract. I would hate to think it was because of one agency I had a quarrel with.

Is there an agency blacklist or not? 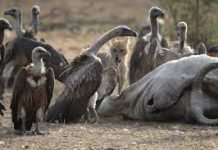