Any other contractor who was sold an “Executive Pension Plan” will be interested in this article.

In 1998, an IFA sold me an Executive Pension Plan.

At the end of 2001 due to a downturn in the industry, I therefore converted the plan to ‘paid-up’ status. At the time, the pension provider did not mention any charges.

In June 2005, I enquired as to the fund value of the pension plan. I noticed that the number of units in each fund were much lower than they were at the end of 2001.

The pension provider then pointed out to me that there were service charges applicable to the plan, if I stopped paying at any point between taking out the plan and when the plan was due to mature (In my case when I reach the age of 60).

So, my current position is:-

1. I’ve, therefore, written to the IFA who sold me the plan asking for the return of the commission paid to him by the pension provider.

My basis for asking for this is that an Executive Pension Plan is clearly not suitable for micro businesses. Moreover, it requires you to have a continuous business income (in my case for 31 years) without being charged.

The IFA has 8 weeks to respond to this request. After 8 weeks, I will be taking the case to the Financial Services Ombudsman, if they don’t return the money.

2. I’ve written to the Pension Provider asking that they pay back in to my fund any charges which amount to more than the commission that they paid the IFA. I’ve asked them to cease taking further charges.

The Pension Provider is currently refusing to do this. They say that they didn’t sell me the pension. They tell me the member’s guide sets out the charges which accompanies the plan.

This may be so, but when they took on the business, they must have known that it was unsuitable for a micro business.

It’s clear from the charge structure that only executives of medium to large businesses would benefit from this type of plan.

On this basis, I will be taking the Pension Provider to the Pensions Ombudsman. The law requires that he judge my case not only on the basis of what is legal but what is ethical.

I’m currently going via The Pensions Advisory Service. They are able to investigate both the IFA and the Pension Provider on my behalf.

They are a free service, but you should note that their staff are ex-members of the Pensions industry. Their advice can, at times, seem to favour the industry.

As the IFA was introduced to me by an accountant who specialised in IT contractors, I feel sure that there could be a large number of other IT contractors who’ve been sold an Executive Pension Plan.

I’d urge all IT contractors to check the small print of their pension plans.

To make sure you are insured properly click on Contractor Insurances – All the Insurance Contractors Need. 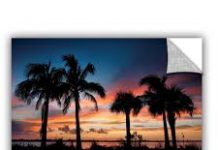 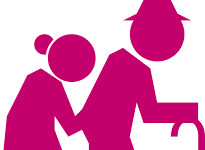 Pension Problem. How long will you live. Will you need Contractor Pension 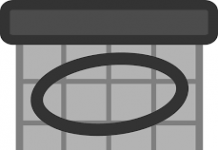 Contractor Pensions Advice for IT contractors