It looks like there is going to by a skilled visa cap increase. That’s according to reports in today’s Times newspaper.

More than 10,000 visa applications have been turned down between December last year and April this year alone.

IT Contractors, Locum Doctors and Teachers

According to The Times this has hit mainly IT Workers, Doctors and Teachers.

I would say that it is the opposite.

It hits mainly those who employ IT Contractors, Locums and Agency Nurses who the cap hits.

If the floodgates for Tier-2 Skilled Visas were open again that would badly hit those three professions as it would open the way to non-EU workers, usually mainly from India, undercutting the income of IT Contractors, Locum Doctors and Agency Nurses.

It’s the law of supply and demand. If the Demand for a product or service remains the same and the Supply increases then the cost of that commodity will fall.

2,000 of the 10,000 visa applications that were turned down between December and April were for doctors. 500 were for engineers.

You can bet that a large number of the rest would be for IT workers.

This is part of a package to supposedly help the National Health Service. However, a rise in he Tier-2 visa cap would hit other professions too, like IT workers.

Some freelancers may think “but this only hits permanent employees”.

However, that is not so.

It actually hits freelancers worse. That’s whether they are locums, Agency Nurses or IT Contractors.

The reason is that when the NHS, or companies, have a shortage of a skill, they usually tap in to the temporary worker market to fill that skills shortage.

Now, they will be able to fill that position with someone from outside the EU.

That will cut the number of opportunities for freelancers and so cut the rates they are able to command.

According to The Times the Prime Minister may just take the cap off doctors applying to come into the UK.

However, one would expect that she would use the opportunity to raise the number of IT workers allowed in too.

What’s the point of getting out of the EU to cut immigration from EU countries and then opening the floodgates to non-EU skilled workers?

The IR35 Changes in the Public Sector have already hit Locums an agency Nurses badly.

Any Skilled Visa Cap Increase will affect their income too.

This would be a double whammy. 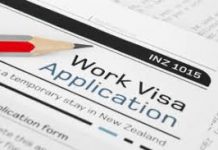 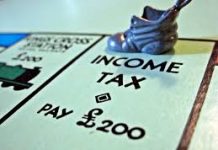