The Government has announced that random drug testing will start shortly in schools. It already happens in America. How long will it be before employers put pressure on the Government to allow them to use it at interviews or in the workplace?

It‘s pretty sure that many companies would do this if they got the opportunity. How would you feel they asked you, at the end of an interview, to go, accompanied, to the toilets to provide a urine sample for testing?

Of course many people would say that they simply wouldn‘t do it. However, if you had been out of work for months during the downturn, with a family to feed and a mortgage and car to pay off, and with HMRC after you, how many of you would refuse then?

According to those who are pushing for testing in schools, you can detect all drugs in a test.

I presume then that they could easily test for nicotine and alcohol whilst they are at it.

In another scenario, how would you feel, after a good night out, if someone reported you as smelling of alcohol, if someone came up to your desk and told you that you had been randomly selected to provide a urine sample, knowing that if it is found positive for anything that you would be instantly dismissed?

There‘s also the other threat, i.e. that they could test your DNA to see how susceptible you might be to various illnesses.

Some people who are perfectly healthy may be virtually unemployable, even straight out of university, if their chances of contracting some illnesses are higher than those of others who could be employed instead.

Ever since 1984 came and went, when people came to the conclusion that George Orwell‘s vision hadn‘t happened, people have been less alert to what has been happening since.

Now it is hard to walk around many public places without a camera filming you.

Good arguments back all attempts to remove liberty, but gradually more and more freedoms disappear.

Yes, it may make our town centres safer. However, how long will it be before employers feel that they need to install cameras at work? Bosses could keep an eye on things from afar?

AS regards school, we all know how teenagers like to stand up to authority. What happens then if they refuse to take a urine test? Will it be like in sport where those who refuse to give a test are presumed to be guilty?

I wonder how that would stand up in court.

Also, will they give parents the right to opt out? If not, will they force pupils to take drug tests even though neither they nor their parents want them to take it?

If there is a parents‘ opt-out, will there be a school system where tey test only some pupils and not others?

Although one understands the reason for doing the drug-testing, and I‘m sure that it will be a ‘success‘, there remains the possibility that this is a giant step (or slip) down the slippery slope of state authoritarianism.

Why, even Saddam Hussein in Iraq and the Taleban in Afghanistan didn‘t have that in place.

What kind of freedom is it that we are fighting for?

Drug testing at both schools and work are a bad idea. 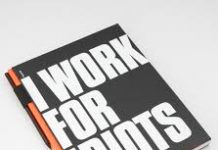 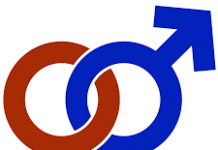 Sexual Discrimination – I’m discriminated against by boss women at work 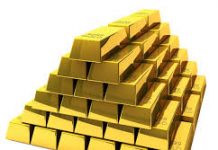