Most IT contractors aren’t able to take the leap from being one man bands with a single client to be real small IT businesses. There are plenty of opportunities to earn more money going a-begging at many companies and contractors don’t take advantage.

Part of this is a lack of belief that they’d succeed if they looked for more work with a client. A major part of it is because of the restrictive clause in most contracts that contractors have with their agents.

Most IT contractors take that as binding and make no attempt whatsoever to bid for more work and more money with the client, leaving it all to the agency.

However, when I’ve spoken to IT agencies, they’ve said that it’s not meant to be as restrictive as contractors think.

The agents say that they have to put a clause in the contract to protect themselves in the event that contractor tries to dump the agent and go directly to the client.

They said that they would be perfectly happy for the contractor to look for extra work. That’s as long as you inform them. Between you, you can work something out.

Agencies don’t like to throw away potential unearned income after. So, you could work out some deal for more money that keeps everyone happy.

So what extra work could contractors get from a client?

Firstly, if there is an area of the business or the system that they know very well they could offer to maintain that area of the system. It may or may not be a full time job.

Secondly, IT contractors could bid for small projects or perhaps a well defined area of a major project. They should especially think about doing this if they hear that the client is thinking of outsourcing this work to a third party.

Contractors would have the major advantage that they already know the system. Secondly, they could certainly put in a bid which would seriously undercut the bids that come from external companies.

Thirdly, if they have a skill that the company doesn’t have much of, but wants more of, they could set up a training and mentoring programme for the client’s permanent staff.

If you hear that the company is sending their employees on a training course, strike quickly to earn more money. You will have several major advantages on a training company. You will be much cheaper. Moreover you will be able to put forward a mentoring programme as well after the course. You already know the business of the company and you know the personalities going on the course.

Fourthly they could supply extra contractors to the company for more money. Contractors are bound to know other people with similar skills to themselves who would work well at the company.

Of course they have that agency clause that prevents then competing for business. However, there are ways round that including setting up another company which one’s partner or friend runs.

I was a Chief Information Officer at a company in Nottingham. At any one time around a quarter of the IT workers were contractors. This means that there were normally about 20 of them.

However, in the three years that I was there none of them came forward with a proposal.

It was a lost opportunity for making more money for them.

Finally, if you are a relatively senior contractor at Project Manager level or above, there would be the potential to try for a management buyout of the IT department. It’s surprising how many companies would agree to this.

The IT department is a very troublesome department for most companies. Costs normally soar out of control, especially on major projects, and deadlines are normally not met.

If you offered them a cut price deal with major savings for them over a period of time they might just consider it. After all, a lot of companies are thinking of outsourcing. Why not outsource to their employees and contractors?

In fact, I’m surprised that the employees and contractors at a company, when they hear that the department is being considered as a candidate for outsourcing, don’t take positive action and put in a bid for the IT department and its systems themselves to make more money.

They might be very competitive against an external company – even if they are offshore.

After all, they know which are the best people and which ones would have to go, and their productivity would be sure to rise if they were working for themselves.

As long as they has a secure contract with the company where they did all the IT work for a certain number of years that would mean that they could get venture capital in order to buy it out or run it.

Venture Capital companies just love management buyouts because it is a ready made business and is a secure source of income. They also know that productivity and creativity can only pick up now that those in the company are working for themselves.

The chances are though that a management buyout wouldn’t cost anything. After all, when companies outsource their IT departments to the likes of IBM or Accenture they don’t sell them to them.

They give them to them. It’s a great way of accruing value for those companies. They get a lot more business and add value to their company without paying a penny.

All you would have to do is to produce a plan showing the company how much money they could save and they would be most likely to let you have it.

You could of course start bidding for other work at other companies as well.

There are lost of potential opportunities for IT contractorsto make more money at the companies where they work – if only they would reach out their hands and grasp them.

They shouldn’t worry too much about the non-compete clause that they have in their contract with the agency. As long as they are above board with the agency and are prepared to work out something that is to everyone’s benefit then the agency will be happy.

And IT contractors could end up with a real business that is of saleable value and can earn money even without the contractor’s involvement. That is something that most contractors aspire to, but few, for some reason, reach out and take the myriad opportunities that are there for the taking. 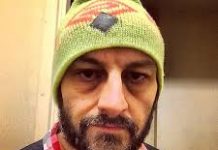 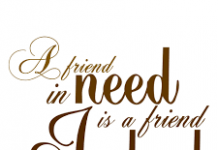 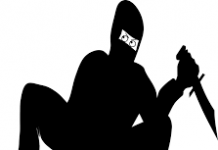