There has been a GlaxoSmithKline Contractors IR35 Revolt after HMRC sent out letters to 1,500 of them saying they are all inside IR35 and should file returns as employees. Some of those have decided to fight this blanket decision by HMRC. Over 350  of them have banded together and are seeking  legal help to take HMRC on.

Which HMRC Decision Are The Contractors Fighting Against

Agencies used by GSK were advised that GSK had received a Legal notice (under Paragraph 1, Schedule 23 of the Finance Act 2011) from HMRC requesting they disclose the details of payments made via agencies to PCSs engaged by GSK for the 2018-19 tax year.  All agencies contacted subsequently provided the required info to GSK to pass onto HMRC.  This info has now been used by HRMC as a means to target these 1500 contractors.

HMRC then sent letters out to all those contractors saying that they had information that contractors in the pharmaceutical industry were trading as contractors when they were really off payroll employees.

Despite HMRC telling companies not to make blanket assessments of contractors for IR35 and to do it individually, this is, in effect, what HMRC have done.

What Did the HMRC Letter Say?

The letter said “We’re writing to you because you told us you were self-employed when you worked for and received payments through, your own company.

“Whether a worker is employed or self-employed for tax purposes is not a matter of choice. Instead, you need to look at the facts of the working relationship between you and GSK.”

The letter then goes on to say that if they accepted that they were inside IR35 they should calculate their employee tax and National Insurance for the 2018 / 2019 tax year and make the payments by September 22nd.

If they disputed this assessment they were requested to provide proof that they are not caught by IR35 by September 19th. So, in other words all 1,500 GlaxoSmithKline contractors are assumed to be caught by IR35 – unless they can prove otherwise.

What are GlaxoSmithKline Contractors Doing About It

The GSK contractors have decided to band together and fight this together.

A number of these GSK contractors have IR35 Insurance through one of a number of providers, the majority of which are with QDOS. Those with QDOS insurance will be represented by them as part of their policy, at least for the intial response to the HMRC letter.

Those without insurance have joined together and will be helped too as a group  with the initial response to the HMRC letter being provided by IR35 Tax Specialist, David Kirk for those in the group who have moved forward and signed up with him.  A small number of others tax specialists are also advising some of the other group members.

There are over 350 contractors fighting this altogether and this number is growing by the day as more GSK and ex GSK contractors impacted by these HMRC letters are getting in contact with the group. All are being asked to contact their MPs as well to highlight the fundamental flaws with the approach HMRC have taken in relation to this.

Do the GlaxoSmithKline Contractors Have IR35 Insurance

A spokesperson for the contractors said “Dave Chaplin CEO of www.ContractorCalculator.co.uk has been a great help to us in getting organized. He put us in touch with David Kirk, top IR35 Tax Specialist and author of Employment Status – the Tax Rules, who has been linked to many successful IR35 cases including those at the BBC. .

“For those with no insurance, those signing up with David Kirk will benefit from him responding to all HMRC letters on their behalf initially, then he has a solid strategy for the group for the next phase, should HMRC go on to issue any formal IR35 Enquiries”

Why is there a GlaxoSmithKline Contractors IR35 Revolt Over HMRC Actions

Our contact wonders where the 1,500 contractors are as their group has only been able to identify around 350, is this a number that’s been manufactured by HMRC in their scaremongering?

It seems that contractors in certain departments have been sent the letter and some in other departments haven’t, which would imply a role based approach has been used as the blanket determination.

Are GlaxoSmithKline Contractors Contracts Outside IR35

A lot of those with QDOS had their contracts reviewed previously and were all confirmed as outside IR35. A free contract review is part of many QDOS   IR35 insurance packages and contractors are thankful to have been able to utilize this service.

However, few of those without insurance had ever a formal IR35 contract review completed. But, as the contracts, and working practices are similar, they are likely to be outside IR35 also.

Those with insurance must feel like the Five Wise Virgins in the Bible. Those without insurance must feel like the Five Foolish Virgins. It’s lucky GSK hire lots of contractors and those without insurance have strength in numbers and can share the costs and pool knowledge and resources. If it was an individual contractor without IR35 insurance, attempting to take on HMRC on their own, he or she would be well and truly stuffed.

However, the GlaxoSmithKline Contractors IR35 revolt has some way to run. If they win it could stop HMRC doing this with other companies and their contractors. 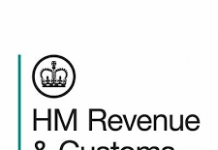 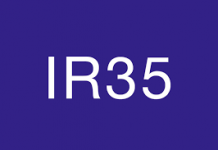