So, Britain has now voted to leave the EU after the EU Referendum.

David Cameron is going to resign before October.

And Britain is going to go its own way, forsaking the biggest free trade zone in the world.

That is, unless the EU consents to the UK staying in the free trade zone.

That seems unlikely as the EU won’t want other countries doing the same thing.

Not All Over Yet

But, is it really all over for the UK and the EU?

We have a clue of one possibility in what Boris Johnson said when he first joined the Brexit side.

He said that if Britain voted to leave, the UK could get a better deal from the EU.

He was quickly told that this was not ‘on message’ by the Leave side and changed that to “Out is Out”.

But was what he said, first of all, his real thinking on the matter?

David Cameron has told us he is resigning before October.

The bookies have Boris Johnson as the odds on favourite to win the leadership contest.

There are no other real live candidates to lead with George Osborne now a busted flush and 33/1 with the bookies to win a leadership election.

Second favourite Theresa May is not a real option having backed Remain. How could she lead a party that was working towards leaving the EU?

Some people have suggested the leader of the Scottish Conservatives, Ruth Davidson.

However, not only is she not in the UK Parliament but she was heavily invested in the Remain campaign.

So, it looks as if the new Prime Minister is going to be a guy who said that we could get a better deal from the EU if we voted for a Brexit.

Twice in the last few years, the Irish have voted against new EU law changes only to change their minds a few months later and vote for the EU changes after being offered a deal.

The electorate saw the first votes as protest votes before finally agreeing to the new rules in the second vote.

After protesting, they were a bit frightened by what they had done and voted the other way next time around.

Were the British electorate protesting against immigration, globalisation and the economy?

Now that they have had their say would they change their minds if asked again?

David Cameron tried to get the EU to change its rules for Britain so that he had something positive to offer the electorate.

Merkel and the rest gave him virtually nothing.

They were expecting a vote for Remain.

Now, it’s all change and they must be more than a little shocked as they see the stock markets tumble.

There were two main factors in the debate – the economy and immigration.

Therefore if the EU, now that Britain has actually voted to leave, gave Britain something on immigration, e.g. a 10 year moratorium on it by which time the new EU Eastern European nations will have caught up by some way economically, then the UK population might be interested.

That would be especially if they hear news of multinational companies based in Britain for EU access, announcing their departures to go to Ireland or elsewhere.

There’s also the announcement by Nicola Sturgeon of a new Scottish Referendum. Also, 95% of Gibraltarians voted to stay. Will they really want the borders between them and Spain to go up again?

So, will the EU offer Britain something to change their minds? It’s within their abolity to do so?

Will there be a second EU Referendum as in Ireland.

Would a new Tory leader in Boris Johnson be able to get it past his own Party never mind the country?

The Tory party has always been the party of business and there would be heavy pressure on them to do so.

One things for sure. Cameron put the country and the economy on hold for two years while this referendum took place.

It’s unlikely they will allow him to put the country on hold again for another three or four months while negotiations go on for a deal that he didn’t want.

Who would the EU leaders talk to?

So, will the EU offer Britain a better deal now, like Boris Johnson originally said?

If they offer a cut in EU immigration to the UK, even for a limited time, the UK voters might be inclined to take it.

Will Boris call a second EU Referendum if the EU offer a better deal?

It depends how much the EU wants Britain to stay.

Government IT Contracts – I can no longer get them 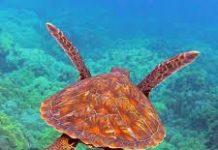