So, what is likely to be the effect as regards Donald Trump and UK Contractors?

Will he be good or bad for them?

Let’s look at it dispassionately on what he has said.

Let’s leave who you supported in the US election behind.

The first thing to say is that his rhetroic is protectionist.

That isn’t good for the world as a whole, including UK Contractors.

The world’s exonomies have always leapt forward in the years after any  major trade deals have been concluded.

The opposite has been in the case when protectionism has reared its ugly head.

UK Contractors in the USA

The USA has always been an avid user of UK Contractors, especially in the IT field. However, it has used many other types of contractors from the UK, including in the medical field.

Will Trump now seek to make it harder for UK Contractors to work in the USA to protect US Contractors?

His rhetoric would suggest so.

However, Donal Trump has always done the opposite as a businessman than he’s said he would do as a politician.

He has sent work offshore to China etc. and has hired cheap foreign workers above American workers.

One will have to wait to see if he is really protectionist. Or is it an opening negotiating position for the guy who wrote the Art of the Deal?

On the positive side, he does seem very friendly to Britain and supported Brexit.

When Obama said that the UK would be last in line for a trade deal if the UK left the EU, Trump said that Britain would be first in the queue.

What Trump Says and Does

Now, what Trump says and does are often very different.

We shall have to wait to see what he actually does here.

A major trade deal with Trump’s America would go a long way to alleviating the problems of leaving the EU.

One might also find that the Europeans may be a lot nicer to a Brtain who is on very friendly terms with the US President.

Another thing that could be good news for both the American and world economy is that he wants to repatriate all the money that the likes of Google, Amazon, Starbucks etc. are sheltering offshore.

It seems that there is three and a half trillion dollars stored offshore by these companies.

He intends to bring this home by taxing it at just 12% or even giving an amnesty.

That could be a great boost to the American economy.

Trump a Kenesian at Heart

One very good sign for the US and world economy is that he intends to borrow loads of money to spend on infrsctructure projects (maybe even on a wall).

He’s not a Cameron or Osborme who wanted to cut the debt by cutting spending.

I remember once during his Years of Austerity that, during a Budget speech, Chancellor Osborne announced, to Tory cheers, tha the part of the economy now in the public sector was down from 45% of the economy to 35%.

I wondered, at the time, if this was the real reson for his Austerity cuts, i.e. to use the debt as an excuse to cut back on the State.

It didn’t seem to make any economic sense.

Figures by Christine Lagarde of the EU showed that you had to cut the debt by three Euros just to make a Euro worth of savings.

This was because, if you cut the number of civil servants you cut the spending in the economy and the amount of tax coming in.

That’s both from people no longer working but also from businesses who no longer get their money. You also increased government spending as they have to get unemployment money.

Osborne ust have known all this – but kept cutting anyway – with his targets never getting met.

As Keynes said, civil servants are consumers too.

Now, the same is probably true the other way around, i.e. each Euro the Government spends on infrastructre projects increses the tax take by three Euros (we surmise).

Trump is a spender. He wants to borrow amazing amounts of money. He said that the extra tax income form earnings and profits will pay back the debts.

That’s what Governments always did, and that was the effect it had, since the days of Keynes until more recent days.

It seems that Trump has always borrowed vast amounts of money to expand his businesses and his experience is that it has worked.

A number of years ago, when his business was effectively bust, owing the banks 4 billion dollars, he was able to borrow a lot of money from them to help him revive his businesses.

They had to – or risk losing it all.

So, Trump intends to bring that philosopy to the country.

Since the downturn the western countries have been growing anaemically at between 1% and 2%. George Soros predicted that, when he said that recoveries from problems caused by a banking crisis are always slow recoveries and low growth ones.

Trump wants to borrow and increase spending to aim for 3.5% growth.

That would be great for the world economy if that happened and for UK Contractors too.

So. to sum up, if Trump really is a protectionist, and makes it more difficult for UK Contractors to work in the USA that will be bad for us.

However, Trumps previous actions do not suggest that he will do that.

What should override that is he wants to follow Keynesian economics rather than the dreary austerity ones which never seem to get us out of the debt.

And if he is a true friend of Britain, as he appears to be, that won’t do us any harm.

So, surprisingly, I find myself concluding that a Trump Presidency will be good news for the pockets of UK contractors.

Maybe it IS better that a businessman runs the world’s largest economy rather than a career politician.

Donald Trump and UK Contractors could dance in tune.

They can get contractors mortgages at the best rates with offers based on their daily rate annualised. All it needs as proof is production of your contract.

Choose the one that suits you best.

Contractors can make their limited companies more tax efficient so that they can keep up to 85% of their income. 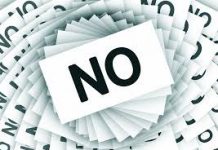 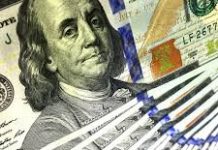 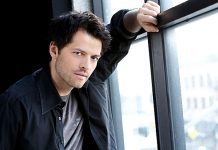 Contractor Termination – IT Contractor terminated after being mugged