Liz Truss Resigns so Off Payroll IR35 Measures Will Stay

Liz Truss has resigned from being Prime Minister of the UK.

This is a major blow for UK Contractors.

No Chancellor or Prime Minister since IR35 was put in place in 2000 has rolled back IR35 in any way – until Liz Truss came to power.

In the famous mini budget Kwasi Kwarteng said that the Off Payroll IR35 changes that were put in place in the public sector in 2017 and in the private sector in 2021 would be rescinded.

Liz Truss and Kwasi Kwarteng said they would change that back to Contractors deciding their own IR35 statuses.

This was unexpected and delighted contractors across the land.

What Does Jeremy Hunt Think of Contractors?

However, with Kwarteng gone Jeremy Hunt re-instated the Off Payroll rules to the chagrin of contractors.

Hunt had previously told a contractor constituent of his that the self employed should pay the same tax as employees.

OK, Liz Truss was a useless Prime Minister but she would have been great for contractors if she could only hang on.

OK, Jeremy Hunt had re-instated the Off Payroll IR35 measures and was too strong for Truss in her weak state.

However, a week is a long time in politics and so two years is an eternity.

Would Liz Truss have looked at Off Payroll Again?

As she regained power she may have been able to take the off payroll changes out again.

However, she’s now gone and we are left with a Chancellor who said that the self employed should pay the same tax as employees.

Liz Truss had said that the self employed and contractors with limited companies should be treated the same as big businesses.

That was much better and much more accurate.

However, for the foreseeable future they won’t – and they will be treated like employees.

And that’s a shame. 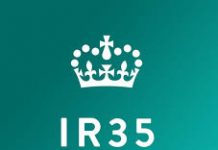