Usually contractors lose out from a recruitment agency insolvency when an agency goes bust.

The agency often starts up again with a similar name.

They decides which contracts to take with them, and which ones to ‘leave behind‘ with the old company so to speak.

Many contracts have a clause in them that say they are null and void if either side becomes insolvent.

However, one contractor told us that his agency’s contract didn‘t have that in it. We were told by a legal expert that this did not matter and that the contract was almost certainly null and void.

One of our readers decided to talk to his client about it. They spoke to their legal experts. It turns out that their contract with the agency HAS an insolvency clause in it.

The client has now put a hold on any more payments with the agency. They are now free to hire the contractor directly.

And here‘s the beauty of it!

They are prepared to give the contractor the agency‘s cut as well. As there was a 33% add on, this means that the contractor will get an immediate rise of 33%.

It seems that all the agency can do is order the contractor to stop working for the client. However, without paying him money owed to them it seems that they cannot even do that.

There is something called Garnishee Proceedings which means that if the agency won‘t pay, then a contractor can get a magistrates order to get the money directly from the client – as long as the client hasn‘t paid already.

So, with one bound the contractor is free!

He is now a real small business rather than a sub-contractor. He can now talk directly to his client about further business opportunities in the future.

There’s an added bonus as he is now outside IR35.

It‘s possible that other contractors may follow suit here, as there are several we are talking to who say that they are in the same boat.

Other agencies which have done the same recently must be sweating now. At least two of them did exactly the same, i.e. closing down and opening with a similar name, and appear to have got away with it.

Perhaps a new opportunity is appearing for contractors to free themselves of the yolk of agencies who have closed down to get rid of their debts and then opened up again with a similar name telling contractors that nothing has changed.

A recruitment agency insolvency may not be bad for you.

Indeed, it may turn out to be the best thing that has happened to you.

For more important advice about dealing with agencies successfully click on IT Agencies. 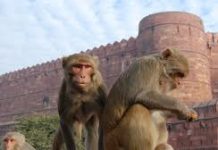