A contractor passes IR35 employment status test – only to be told her contract job is inside IR35.

According to a contractor, after one of our articles “I completed the tool, as did the agency and 3 members of the Client.

“So, the client decided to get advice from Delloitte who advised them to deem the assignment in despite the tool outcome.

“They said that is just in case things change in a few years and there may be a comeback.

This is getting ridiculous!

This may have cost this contractor, and others, around £15,000 a year.

They will now be forced to either pay the IR35 tax or join an umbrella company.

They will have to close their limited companies on what is merely a whim.

The department, with their advice from Deloitte, are just covering their own backsides.

Legally Outside IR35 but Job Deemed Inside

The Government are creating a climate of fear so that contractors who are legally outside IR35 are having to pay the IR35 tax.

That’s like someone having to pay Inheritance Tax when they are not even dead.

Maybe if they are seriously ill Deloitte could ‘deem’ them to be dead.

Government Attacks on IT Contractors

This Government is just getting worse and worse in its attacks on contractors.

They are deliberately creating this climate of fear in their own departments to obtain tax from contractors that contractors don’t legally owe them.

One would like to see how this would play out in the courts.

Where’s contractors representatives IPSE when you need them?

Deloitte do have a serious point, though.

HMRC are tweaking the test all the time.

One could probably guess in which direction.

So, someone at a Government department could be outside IR35 currently, according to the IR35 Employment Status test, but inside next week.

I hope they are keeping a good Change Control System.

There could come the ridiculous situation where a contractor is deemed outside IR35 when he joins the public sector department.

He continues working there using a personal service company for two years.

However, a week after he joined, unknown to him, HMRC did a major tweak of the questions and rules.

The contractor would then have been operating as if he was outside IR35 for nearly two years when he was really inside.

A whole industry has grown up trying to decipher it.

This Conservative government seem even worse than Tony Blair’s New Labour which brought in IR35 in 1999.

And then HMRC are planning to roll out this IR35 Employment Status Test in the private sector in a year’s time.

So, a contractor passes IR35 Employment Status Test but now has to pay the IR35 tax.

You couldn’t make it up! 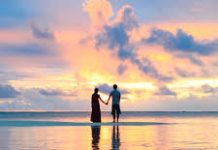 Right of Dismissal as an IR35 Factor