Few are the contractors who don’t have contract gaps between contracts.

However, many contractors have prepared for this eventuality according to recruiters Contracting Scout.

It says that n the report thhat 52% of contractors ahev hree moths savings or more so that they can last out a period between contracts.

Yes, that is a majority – but only just.

Contracting Without a Financial Safety Net

It means that nearly half, or 48%, do not have even three months money put away for a rainy day when they are on the bench.

I would also say that three months is not nearly enough money to have stashed away for a rainy day.

In normal times that might be fine. However, if there is a major downturn in the economy, and the contract market, you could be on the bench a lot longer than three months.

I would say that you would have to have a minimum of six months money. A year’s worth would be preferable.

Half of Contractors Wiped Out

If a major downturn came along now (and there hasn’t been one for six years), almost half of contractors would be decimated within three months.

I hope they have the right insurance.

It seems that 72% of contractors intend to increase the amount they have put by. I would hope so.

Said Will Ryles of Contracting Scout: “We recommend that contractors have three months’ worth of earnings saved that they can draw on should they have unwanted time between contracts.

“While it’s encouraging that the majority do have this, there’s still a lot of room for improvement”

It seems that 7% of contractors don’t even have a month’s savings put away.

Even worse, it seems that 15 percent of contractors have absolutely nothing at all put away for a contract market downturn.

One hopes these are those who have taken out good insurance out against being out of work.

As most contractors do experience gaps between contracts this is very scary indeed.

On wonders why they don’t have more put away.

Most contractors are risk takers by nature. However, this really is walking along the edge of the cliff on a windy day.

Said Will Ryle “It’s good to see the vast majority of contractors plan to increase the amount they have saved to see them through any contract gaps, so I hope these good intentions are acted upon, especially for the 49 per cent with less than three months’ earnings put away.”

Contractors, you are going to have contract gaps. You need to be better prepared.

It would be worth considering Specialist Contractor Pensions too.

That takes a bit of the fear out of it. The insurance doesn’t cost that much but most contractors don’t bother with it. But many wish they had. 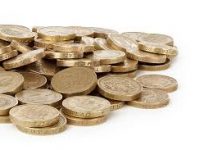 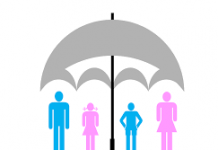 Personal Indemnity Insurance – Contractors May be Sued More In Future