Computer Programmer Jobs are under threat from robots.

A new study by Carl Frey shows the percentage chances of 1,000 separate jobs and professions being replaced by robots or automation.

One had a tendency to think that computer programmers would be free from this.

After all, computer programmers are the enablers of automation.

Surely their jobs would be safe in the Information Age.

According to Carl Frey in his new study, there is a 48% chance that computer programmers will lose their jobs to automation.

I’m not quite sure what he means by this.

Or does he mean that 48% of all computer programmer jobs will go?

In scenario one, there’s almost half a chance that all computer programmers would be out of work and a slightly higher chance that none of them will be out of a job because of automation.

Under the second scenario almost half of computer programmer jobs would go.

That would have a huge knock-on impact on salaries and contract rates.

After all, if there is the same number of computer contractors and half the jobs, then rates and salaries would tumble according to the economic laws of supply and demand.

You might need a therapist after the worry of his.

Actually you might want to BECOME a therapist as there is a less than 1% chance that their jobs could be automated.

It seems that it is not just the low skill jobs that will go in his new technological revolution.

A lot of professional jobs will go too.

Actuaries are very well off. Their pay is higher even than those in the computer industry.

However, the calculations they do to calculate risk can be better, and more cheaply, done by a computer programme.

It’s surprising what jobs are at risk.

There is a 98.9% risk that Insurance Underwriters’ jobs will disappear due to automation.

I am a bit worried to see that the chances of the jobs of Nuclear Power Reactor Operators losing out to technology is 94.7%.

I’m not sure I would be keen on our nuclear deterrent being in the control of robots or other forms of automation.

If you have children about to set out on a career let them know that the jobs least likely to lose out to automation are Occupational Therapists, Surgeons (thank God), Psychologists, Air Traffic Controllers and Public Relations Executives.

An interesting one is that there is a 40.1% chance of judges and magistrates jobs losing out to automation.

How would that work, I wonder.

I presume that if the verdict was via computer there would be no appeals unless the facts change.

After all, they would just be running the same software again.

Now, instead of our jobs going offshore to India, they may well go to robots in the future. 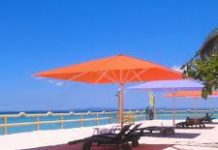