A group of business and education leaders want the post Brexit Immigrant salary threshold reduced from £30,000 a year to £20,000. They say they need this to avoid skills shortages.

However, the business an education groups warn that 60% of UK salaries are lower than £30,000. It seems 90% of nurses earn less than the Pre Brexit Immigrant Salary Threshold of £30,000.

Said Jasmine Whitbread of London First “It is vital that the government does all it can to keep the country at full strength at a time of great uncertainty. The thousands of businesses we represent are clear that without a bold move now on immigration reform, the skills shortages many companies face risk becoming even more acute.”

They say that it is crucial that the Government puts in place measures post Brexit to allow them to remain full staffed. They say they need the Post Brexit immigrants salary threshold dropped to £20,000 or they will run out of workers in the NHS and in many businesses.

It seems that Jeremy Hunt wants to review the threshold if he is elected Conservative leader while Boris Johnson wants to put in place an Australian style points system.

However, many of those currently coming in are from the IT sector and mainly from India.

So, if the Government drops the post Brexit salary threshold to £20,000 this would seriously undercut the UK IT starting salaries never mind those with experience.

The average salary in IT is £52,500 so if the Government let in people on salaries of £20,000 a year that would have a devastating effect on salaries in the UK for those who work in IT.

Knock On Effect on UK IT Contractors

It would have a knock on effect on UK IT Contractors. When companies can’t find permanent staff they often take on contractors. If the post Brexit salary threshold is dropped they can just take on an IT immigrant at £20,000 a year.

One can understand that they need to drop this threshold for professions like nursing. However, if they just dropped it across the board it would hit those who work in the IT industry badly.

In saying this, one knows that the Government never bother too much about what hits people who work in IT.

It seems the Government is already issuing waivers in order to bypass the Pre Brexit immigrant salary threshold.

A Home Office spokesman said “Our new skills-based immigration system is designed to attract the talented workers we need for the economy to continue to prosper, while also delivering on the referendum result following the end of free movement.

Most Immigrant Jobs in IT

One hears alarm bells going off for those that work in IT in the UK. Most immigrant jobs in the past have been in IT. The big consultancies and big companies have always been able to persuade Governments that there is a massive skills shortage in IT in the UK.

If the post Brexit immigrant salary threshold is dropped to £20,000 across the board this will have a huge effect on jobs, salaries and rates in the IT industry.

Spending Money on IT Makes Biggest Difference to Business 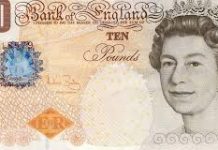