What do you do when offered a contract with permie work at the end?

Another subject that might be brought up by the agent, before the interview, is that the agent might say that the company will recruit a contractor, but with the view to the contractor going permanent after 6 months.

A lot of contractors turn this down straight away, but this may well be an opportunity for you.

You have a six month contract offered, with few competitors. There is no legal compunction for you to take the permanent job after 6 months.

If you are doing well, the company will want to keep you.

In normal circumstances you wouldn‘t want to turn permanent. What you can do at the end of the six months is to say that you have certain financial commitments which you made before, and which would put you in financial difficulty if you turned permanent now, but they would have lessened in, say, another six months.

They will usually agree to another ˜temporary‘ six months.

Once you‘ve been at the company for a year, you tend to find that things have changed. For example, your boss has moved on, been sidelined, or been promoted, or there is a freeze on hiring new permanent staff, or there is only budget for contractors or a dozen other reasons.

Staying On As a Contractor

If the worst comes to the worst, you can always say that, in the intervening year, you have changed your mind about going permanent, and hope to stay on as a contractor.

The worst that can happen is that you‘ve had a year‘s contracting money out of it.

If you have done a good job, and now that you‘ve got a year‘s experience of the place, the chances are that they will keep you on. Moreover, you would have had pretty much a free run at the interview in the beginning.

There’s no compulsion to take the permie work at the end of the contract.

Contractors should savour these ones.

You have virtually no competition for these ones.

For more great advice articles on looking for contracts click on Job Hunting.

Good Agents. How to choose an agent. How to help them to help you 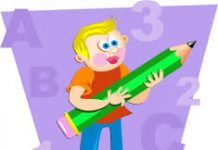 Jobless Contractor – IT Surgery – I cannot get a job