She and her Chancellor, Philip Hammond were responsible for bringing in major changes to IR35 in the public sector in April 2017. They were a disaster with many contractors leaving the public sector especially in IT and the NHS.

The IR35 rule changes meant that the fee payer, i.e. the person responsible for paying the contractor, would determine the IR35 status of contractors. Previously contractors decided their own IR35 status.

She will, however, leave contractors and freelancers a legacy. Those IR35 changes will be implemented in the Private Sector in April 2020.

Anti Contractor Prime Minister Theresa May and her Chancellor, Philip Hammond, showed what they though of contractors with the following statement.

As all contractors know this is an unfair comparison. Indeed it shows the Prime Minister and Chancellor of our country to be economically illiterate.

There is no job security or career advancement.

It’s almost certain that this view of the self employed was implanted by the big consultancies that Government pay fortunes to.

All Prime Ministers are Anti Contractor

Of course, Theresa May is not alone in bashing contractors. Every single Prime Minister and Chancellor this century has been anti contractors. Labour and the Conservatives have been equally as bad.

Much of his is due to the ineffectiveness of those who lobby on behalf of contractors. Those taking decisions on contractors’ careers are not being sold good advice on contractors.

It’s not known exactly when Theresa May will quit. What is virtually certain, though, is that whoever takes over will be anti contractor too. 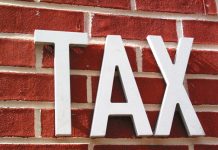